25 best bars in Berlin that you need to know

What do you think of when you hear the words ‘Berlin nightlife‘? Sweaty 72-hour techno binges in Berghain? Illegal open-air raves in Lichtenberg? Kinky fetish clubs featuring copious amounts of leather? Chances are, you probably didn’t think much about the bars in Berlin. And why should you?

There isn’t much of a bar scene here. The locals tend to disco nap in the evenings and go straight to the club at 2 am… At least, that’s what the uninitiated claim. But if you know where to look, you’ll discover a different story. The unsung heroes of the city’s infamous nightlife, there’s a Berlin bar to suit every taste: from a hipster joint in Neukölln disguised as a jungle, to a bright-pink queer palace owned by a local celebrity drag queen.

We think it’s about time they got the love they deserve, so here’s our pick of the best bars in Berlin to visit on your next trip. 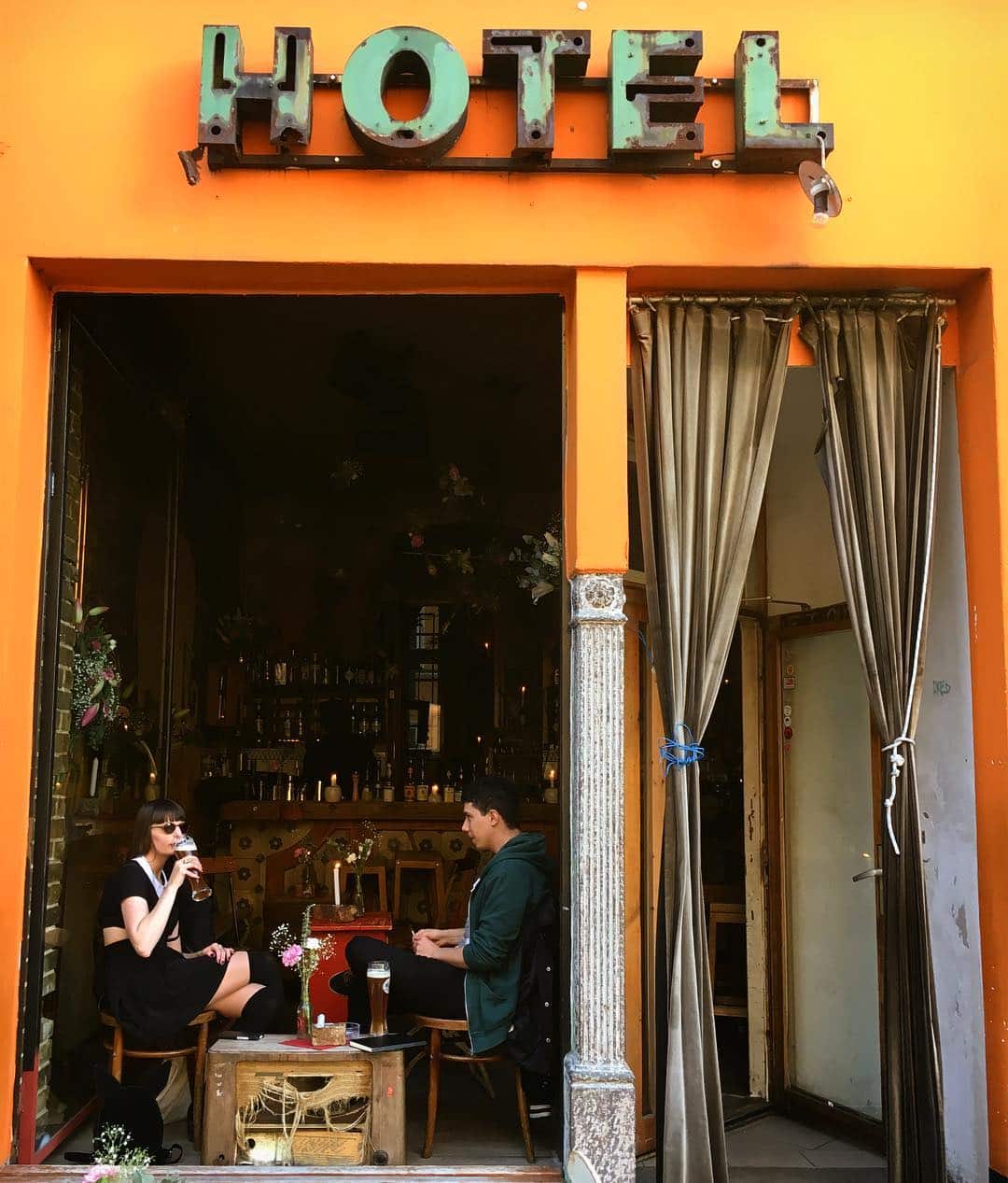 Hotel Bar is one of the best bars in Kreuzberg for chilled out drinks with friends. Try their famous twist on the classic gin and tonic as you enjoy the live music, shabby-chic decor and prime people-watching location. The bar itself is tiny, but that’s all part of its charm. Just make sure you get there early on weekends if you’re hoping to bag yourself a table. 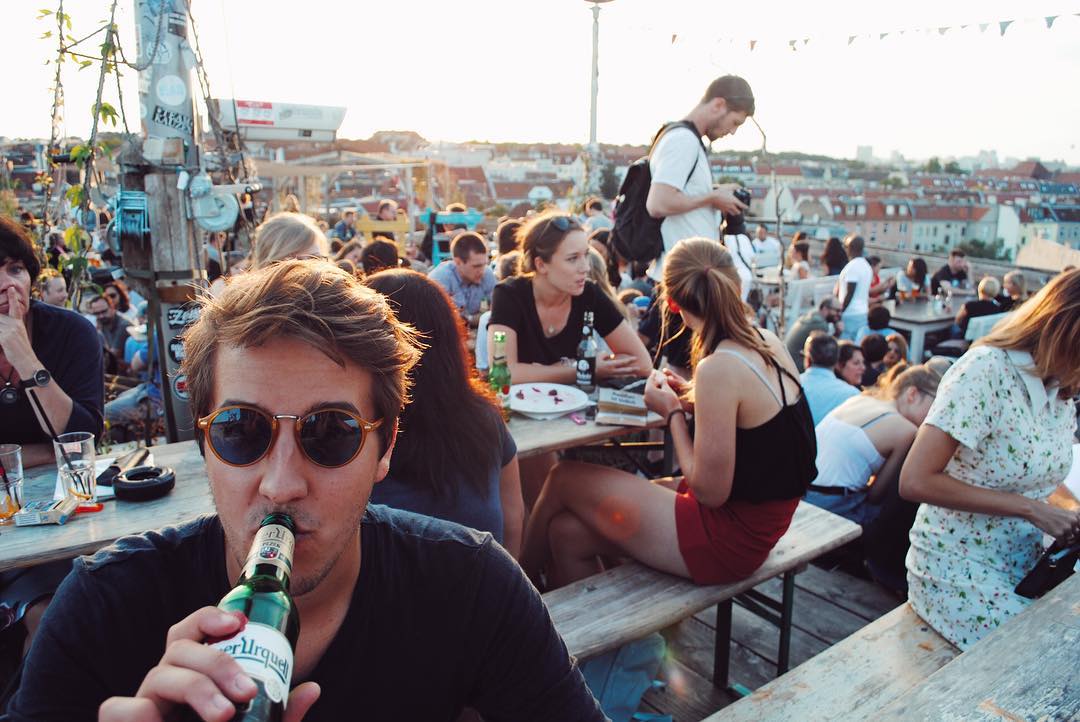 Located on top of a multi-story car park, Klunkerkranich is the best roof-top bar in Berlin by a mile. This is where the city’s beautiful young things hang out on hot summer days, but don’t worry, there’s nothing pretentious about this saucy spot. The bar and urban gardening project has a strong community vibe, and the very reasonable 3 euros entry fee goes towards keeping it green and providing excellent live music for lazy Sunday afternoons. If you’re looking for the best place to watch the sunset in Berlin, you’ve just found it. 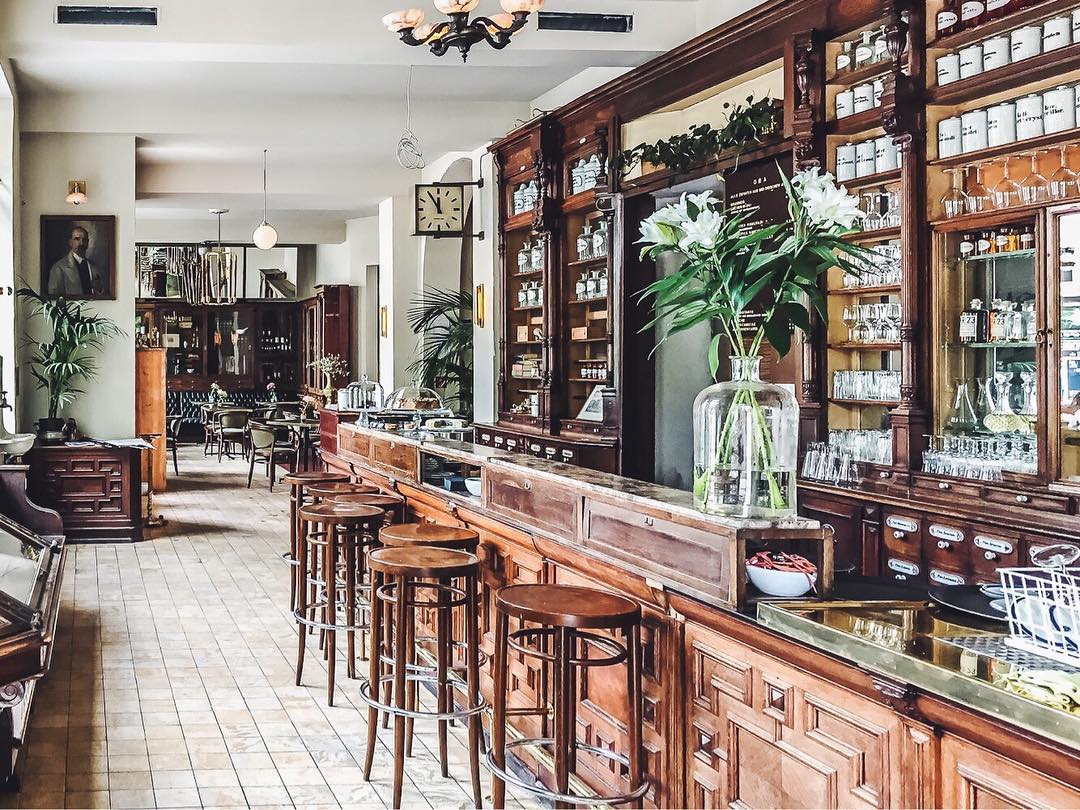 ORA has got to be the most beautiful bar in Berlin, right? ?@backfill_official

If you’re all about the looks, then Ora is the Berlin bar for you. Situated in a converted apothecary, this pretty little Kreuzberg watering hole has all the original wooden-paneled walls and archways. The menu is a little pricey by Berlin standards, but you can bet the bar staff know their Old Fashions from their Manhattans. The romantic candle-lit atmosphere and fresh flowers make it a great option for a date. 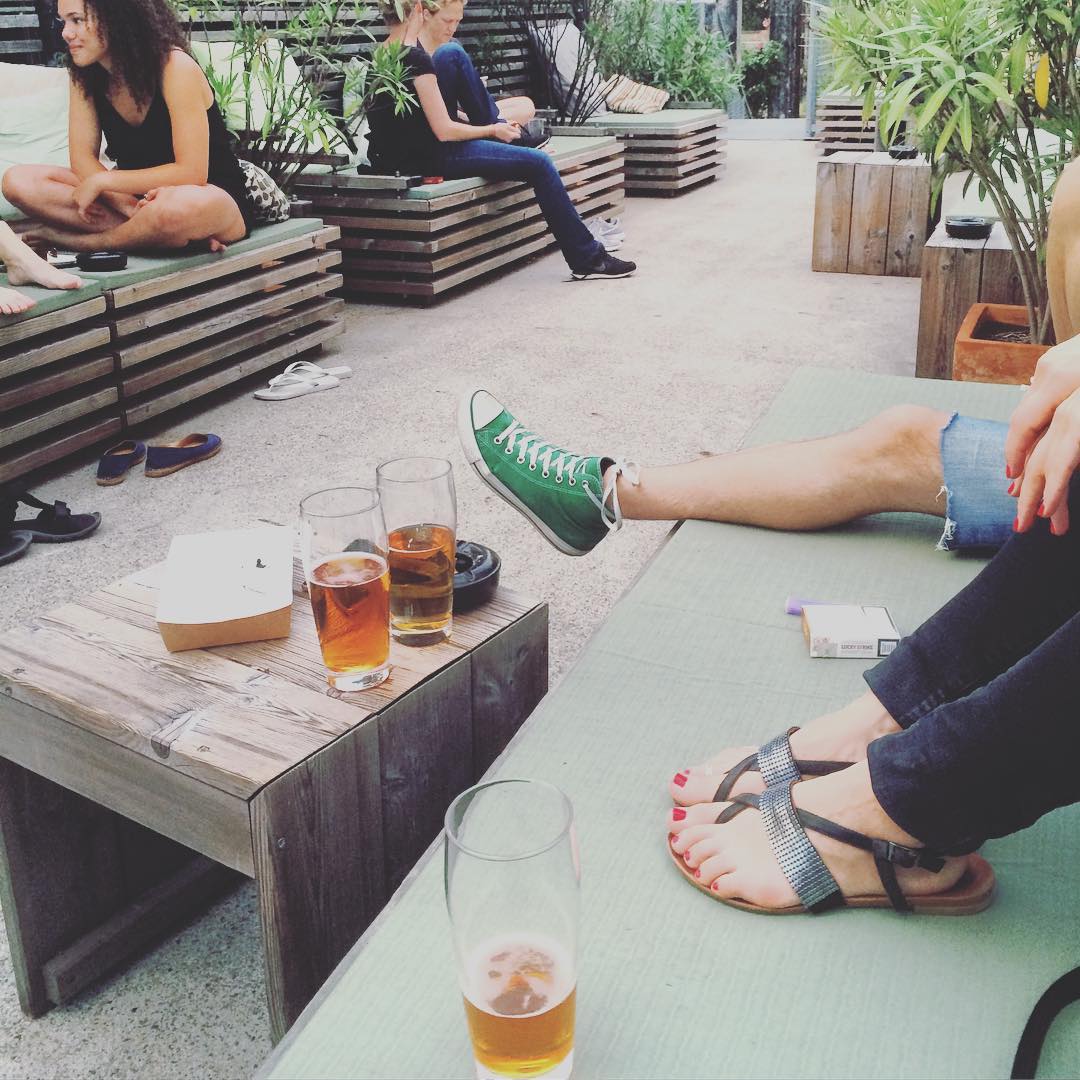 Can’t be bothered to queue for Berghain? Head to their secret beer garden instead ?@__julita__

Didn’t get into Berghain, or just need a break from the club’s infamous dancefloor? Just nip round the back to Bierhof Rüdersdorf: a chilled out beer garden offering an oasis of calm just seconds away from the debauchery. Take a moment to chill on the deckchairs, rehydrate and carb-load before heading back into the madness. 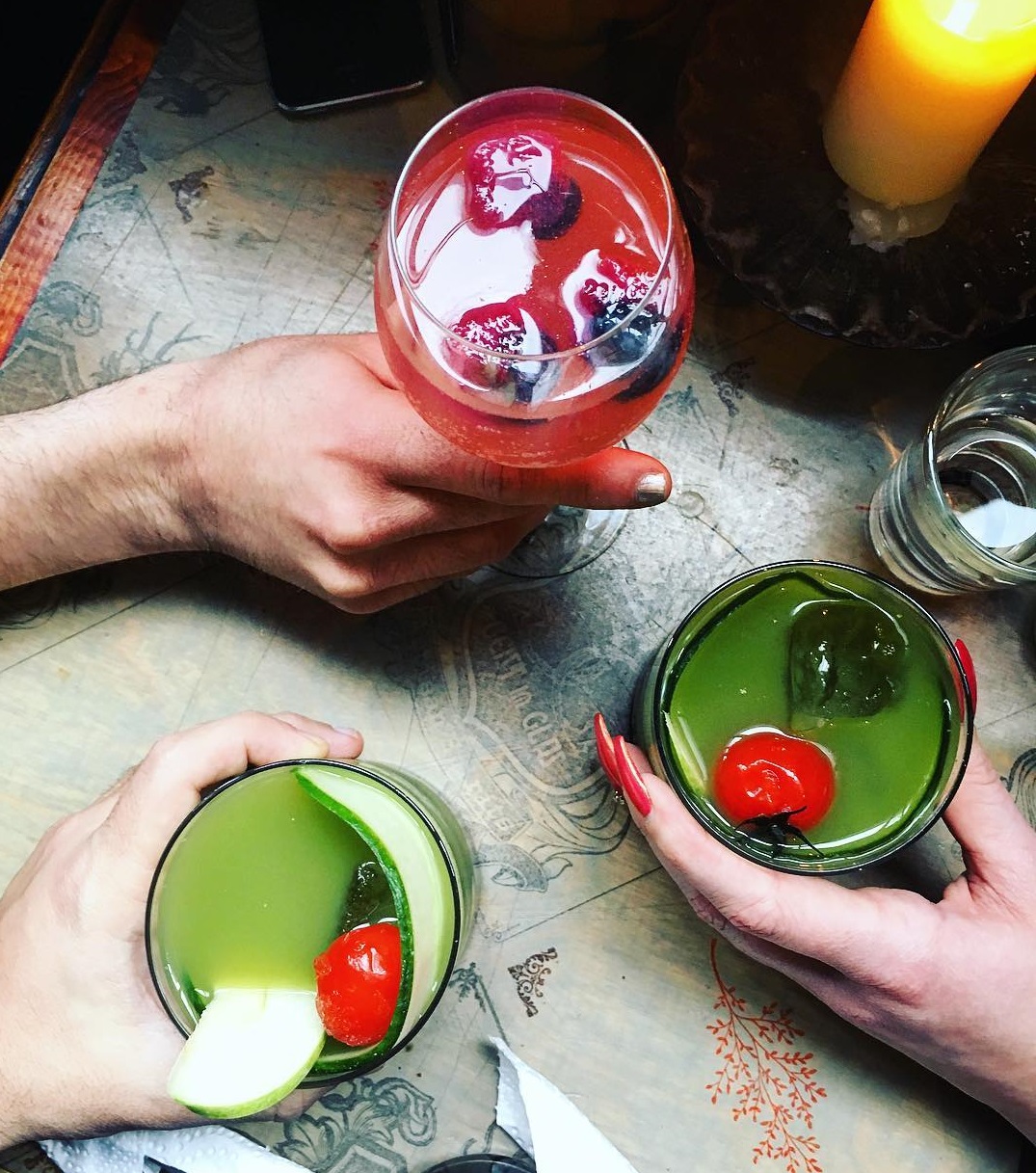 A really beautiful bar with great attention to detail in everything they do. The staff are smiley, the decor is gorgeous and they serve the best cocktails in Berlin that won’t blow your backpacker’s budget. The best bit? These kind souls will even help you cure your hangover the next day with MEGA brunches and legendary pancakes. 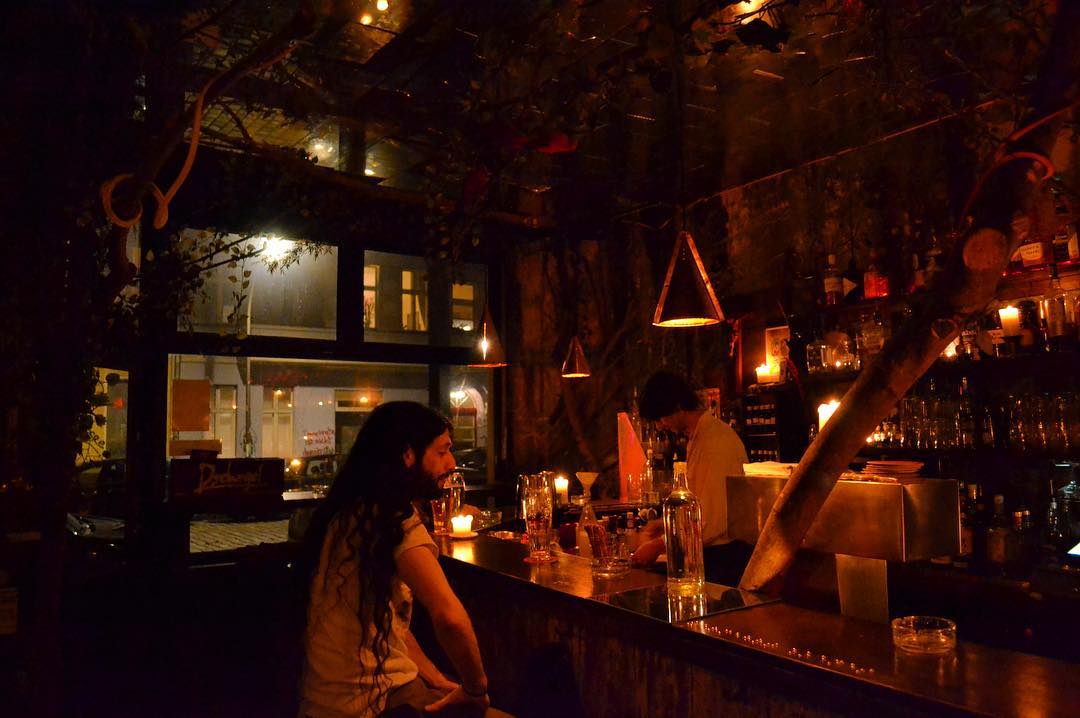 Brush off your Tarzan-themed chat-up lines at ‘Jungle Bar’ ?@yodasuricate

Unless you’re a German speaker, you wouldn’t expect much from the unassuming entrance to Dschungel Bar aka ‘Jungle Bar’. But once inside, you’ll be transported to the wilderness at the heart of Neukölln. With an abundance of greenery and actual real-life frogs, this is definitely one of the weirdest bars in Berlin. 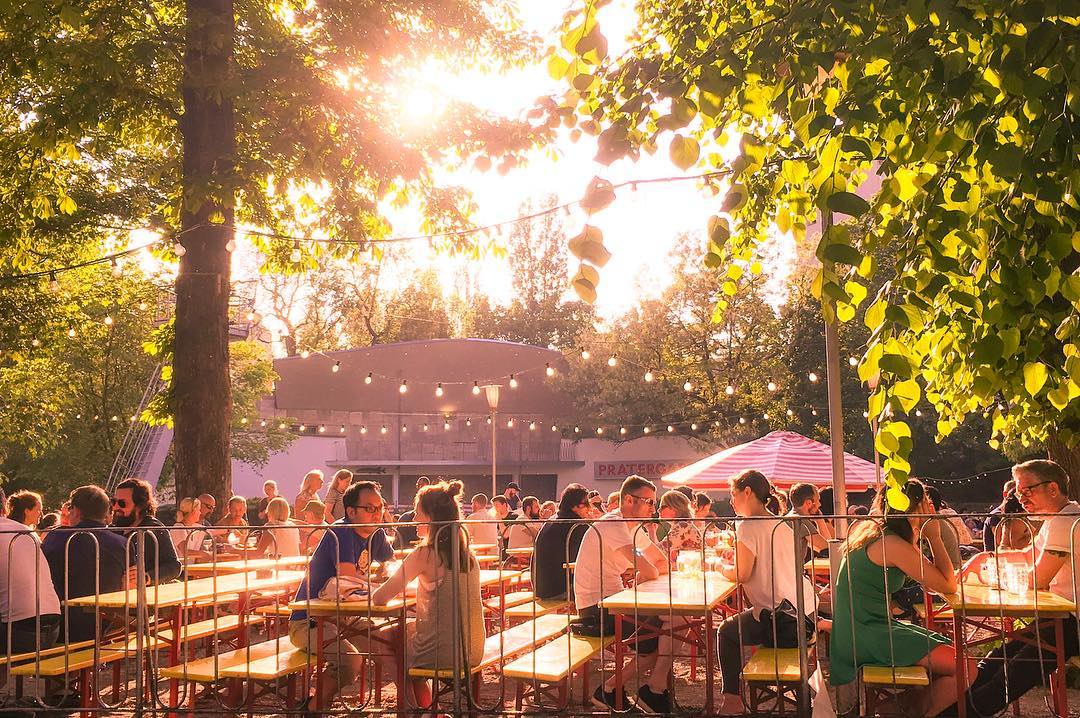 Despite its popularity, Berlin’s oldest beer garden is a must ?@ernesto.mayz

Munich isn’t the only city that knows how to do a good old-fashioned beer garden. If you’re looking for a real German experience when you’re visiting the capital, then Prater Garten is your best bet. It’s the oldest beer garden in Berlin, and despite its popularity amongst tourists it’s remained true to its roots, serving excellent and reasonably priced beer. And the schnitzel ain’t bad either! This is a great place to drink if you’re in a big group, just make sure you get there early to bag a table. 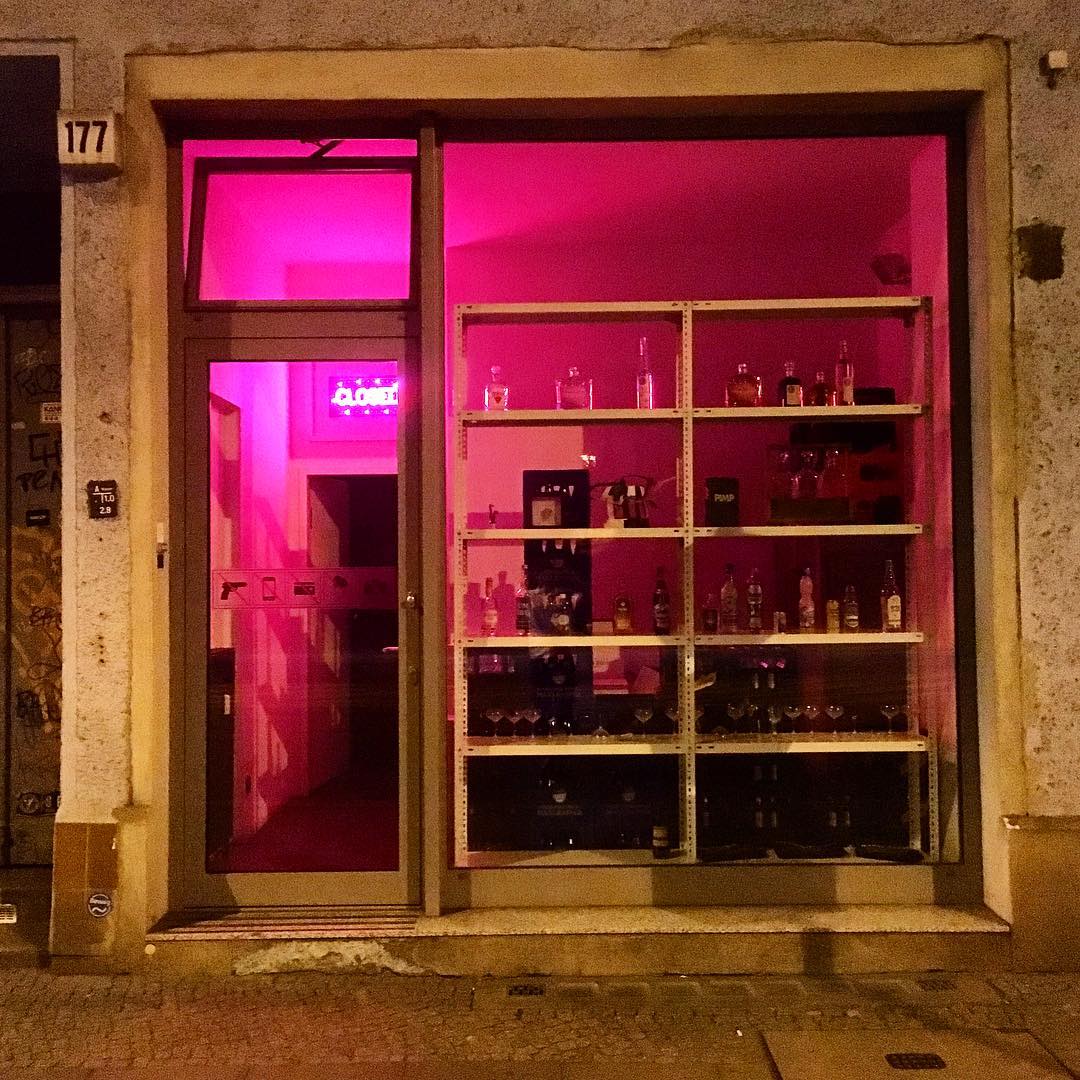 Ignore the ‘closed’ sign outside Buck and Breck and walk right in ? @curatedbyfabio

At Buck and Breck, a secret little speak-easy style bar in Prenzlauer Berg, each of the cocktails are a genuine masterpiece. There is a sign above the door that reads “CLOSED” … just ignore it! 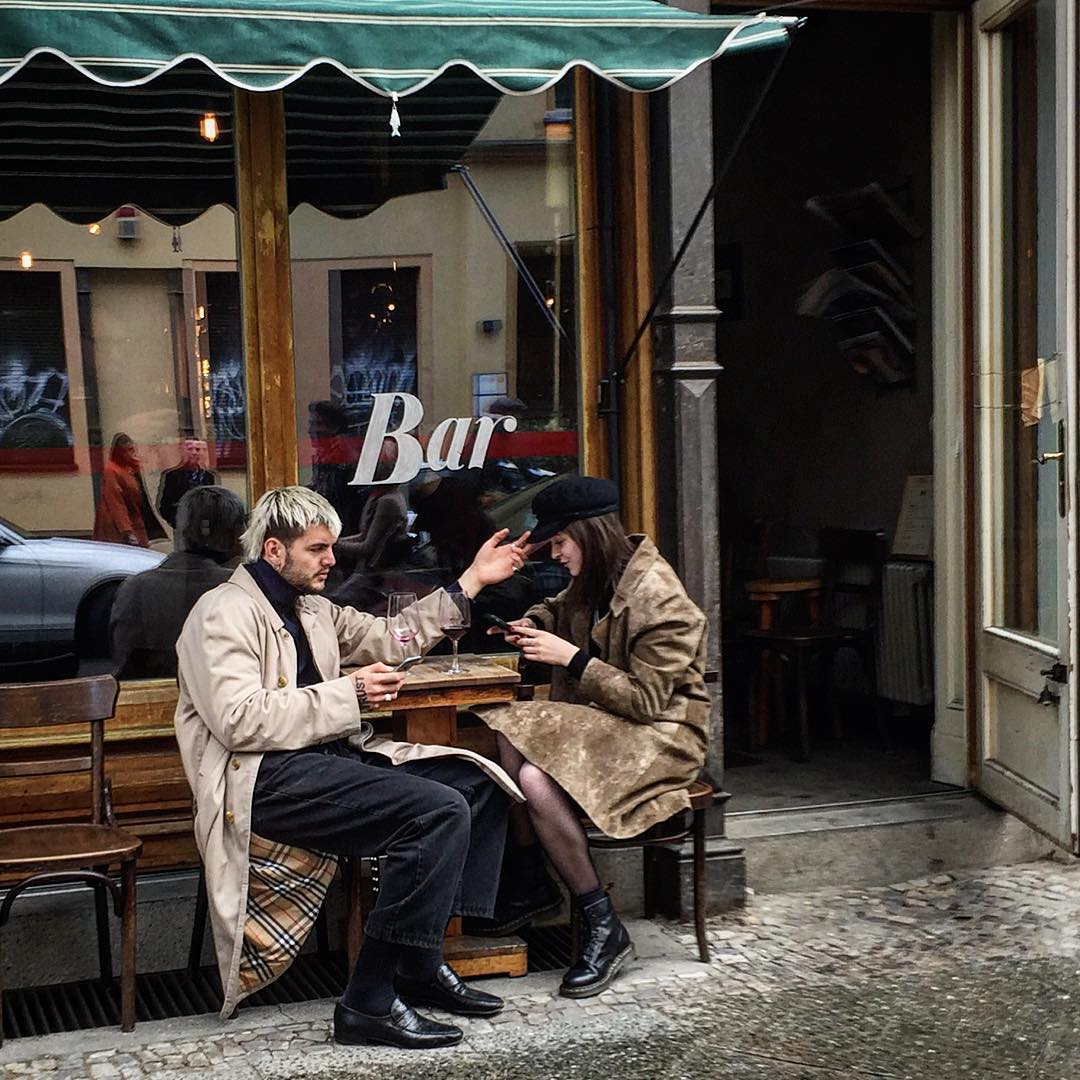 A charming little bar in Mitte on a pretty tree-lined street. Meine Bar Ici has a real old-fashioned feel to it that we love. The tables out front are a great spot for people-watching with a glass of their excellent red wine. 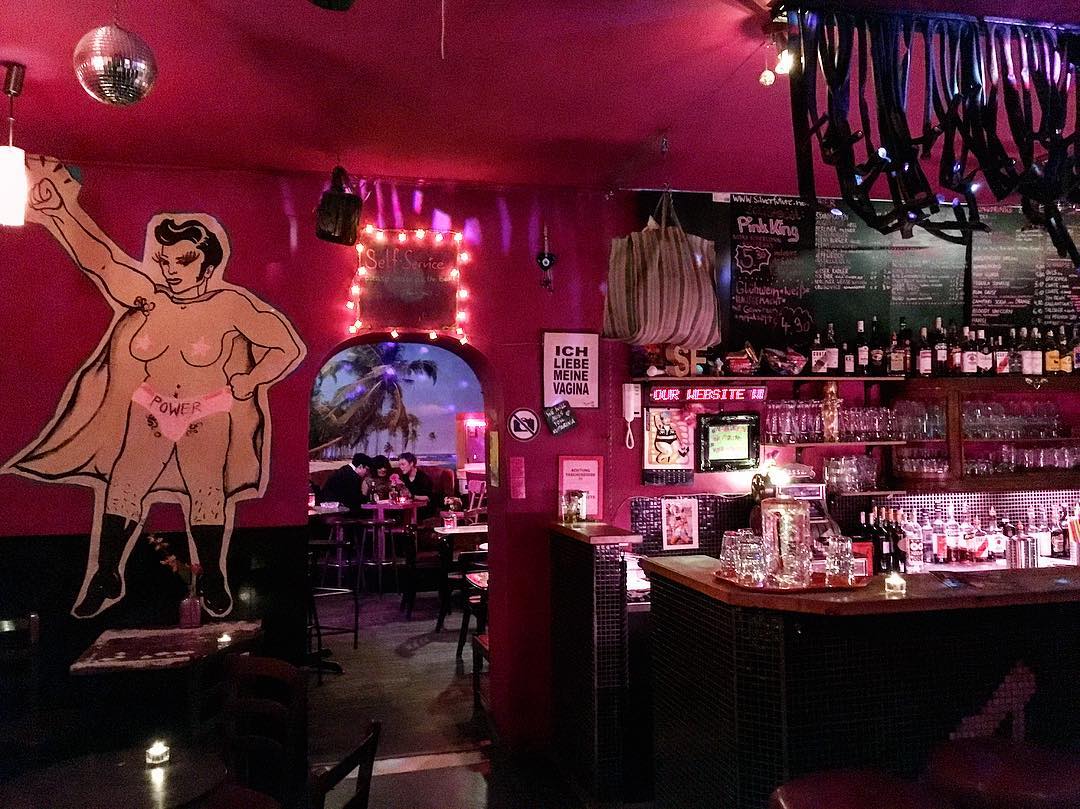 You know it’s going to be good when the sign above the bar says ‘I love my vagina’ ?@selinnsener

In such a refreshingly open-minded city, you certainly won’t be stuck for a decent gay bar in Berlin. Silver Future is a pink-hued disco-ball of a bar, with an outlandish interior that doesn’t shy away from the kitsch. Impeccably friendly staff and a great spot for drinks whether you’re queer or not. 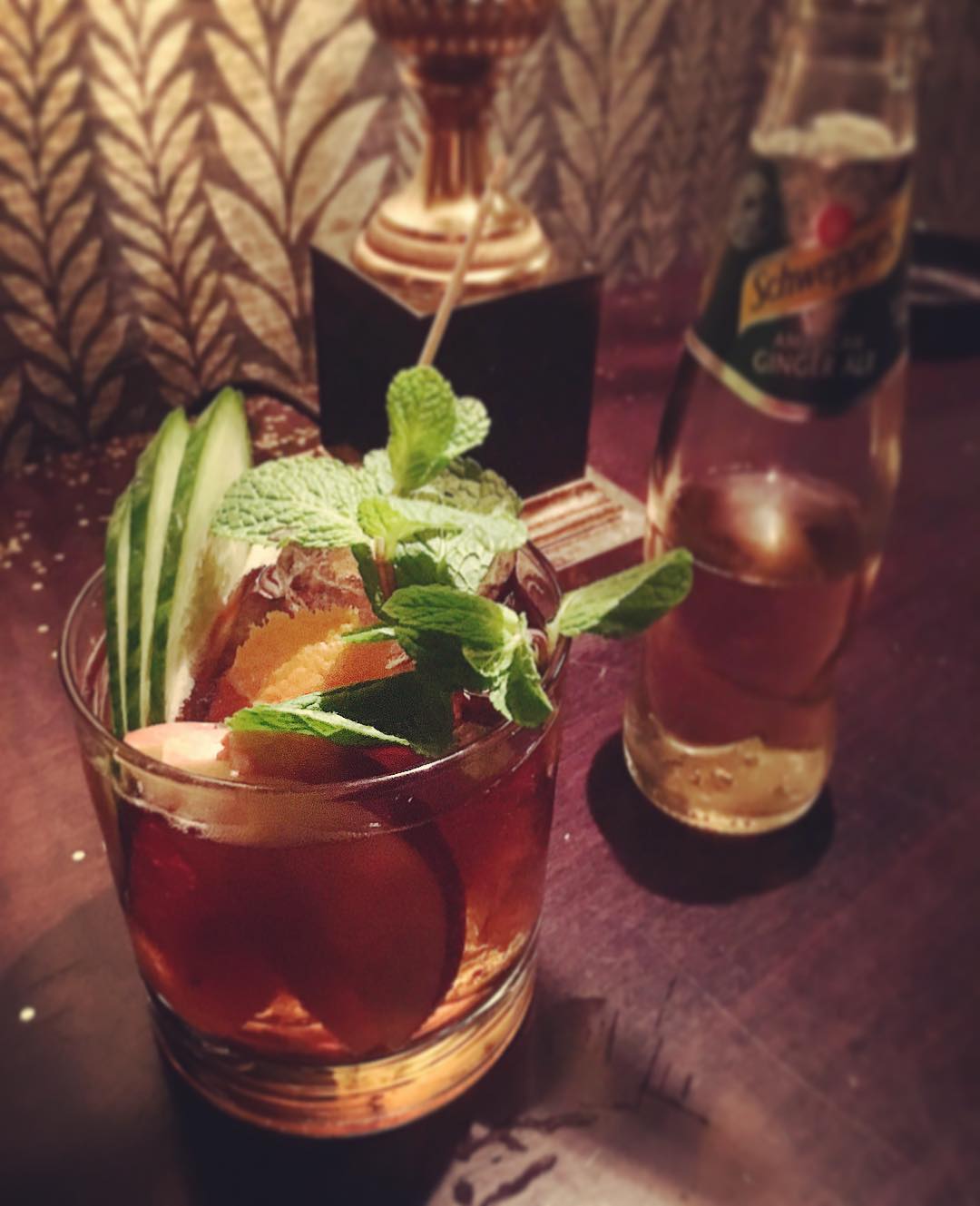 If you’re looking for something a little more up-market, then this dimly-lit cocktail bar in Mitte will tick all the boxes. Take advantage of the table service if you’re feeling boujie, the Moscow Mules can’t be beaten. Be aware that they have a doorwoman at the weekends, so entry isn’t always guaranteed. 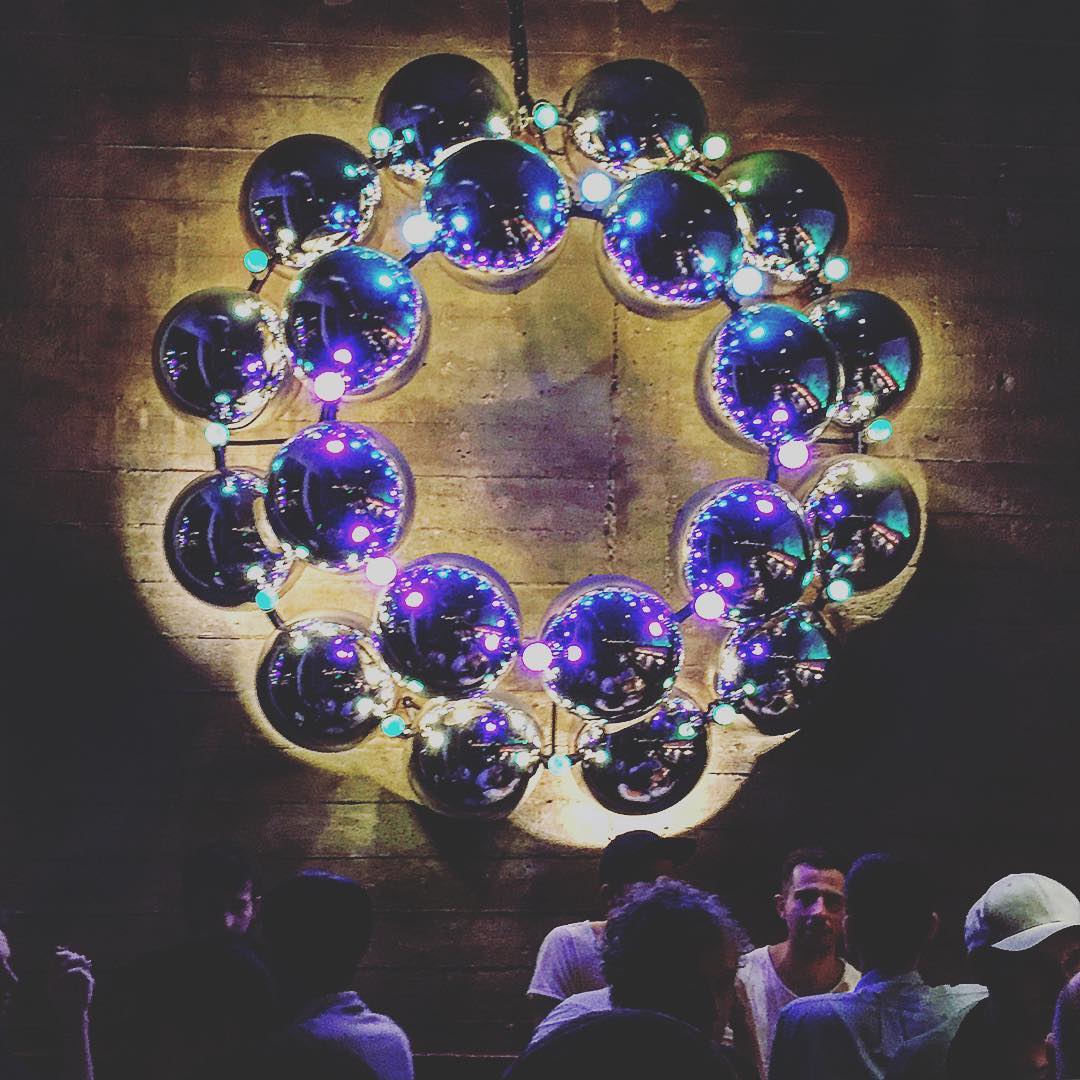 One of Berlin’s best gay bars housed in a former furniture store ?@nonstopneverstop

The chairs stuck to the ceiling are all that’s left to remind patrons of this building’s former life as a furniture store. Nowadays, Möbel-Olfe is a brilliantly cheap bar in Berlin, with a really impressive selection of Polish beers and generously-sized long drinks. It’s queer-friendly and every Tuesday is ladies night, but as with most places in Berlin, it’s pretty mixed and nobody really cares what your sexuality is.

Clärchens Ballhaus in Mitte is an absolute find and a perfect spot day or night. The two-story ballroom was founded in 1913 and it feels as though not much has changed since. Each night celebrates a different form of dancing and in the early evening the floor is bustling with earnest German dancers ready to get their foxtrot on. Even if you’re not up-to-date with your salsa; or you don’t know your tango from your two-step, the Clärchens is still a perfect spot for people-watching. Order a plate of Käse Spätzle, a stein of beer and enjoy! 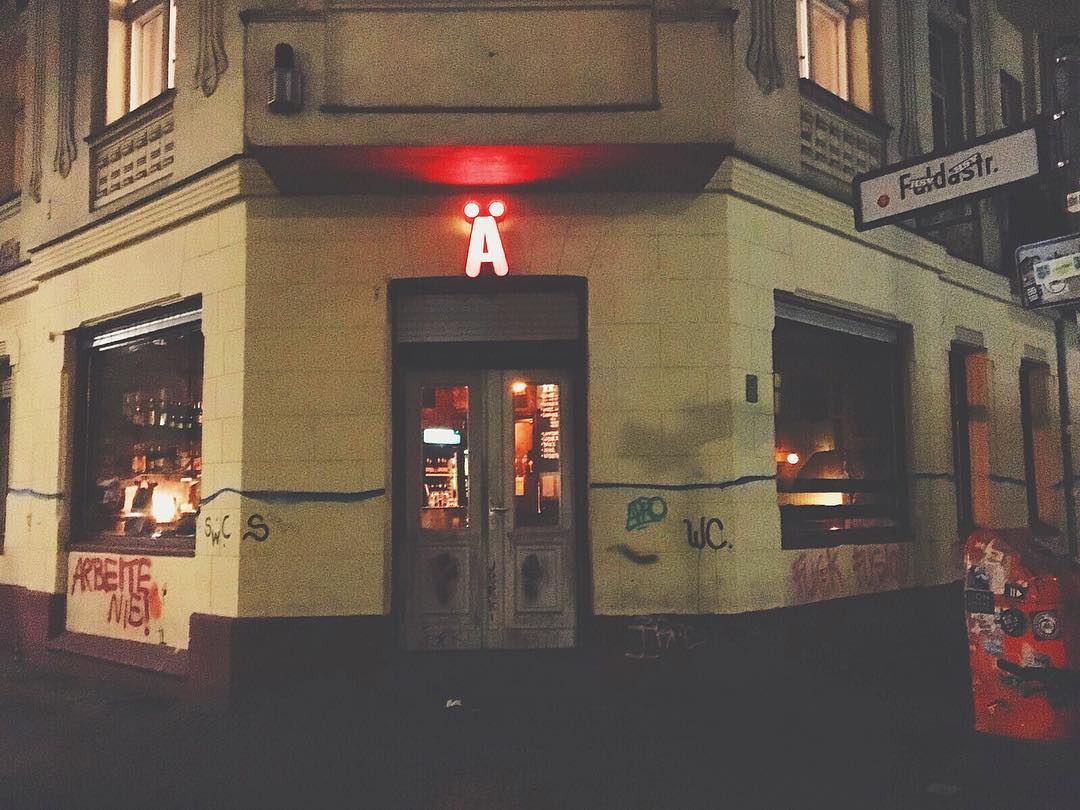 Another darkly-lit Berlin bar with brilliantly cheap beer and generous glasses of wine. Ä is a rare find in Berlin, with a separate area for non-smokers. So if you don’t fancy going home smelling like you’ve just chain-smoked a 20 pack of Camel Reds then this bar is a good option for you. Be sure to have a go on the table football table. 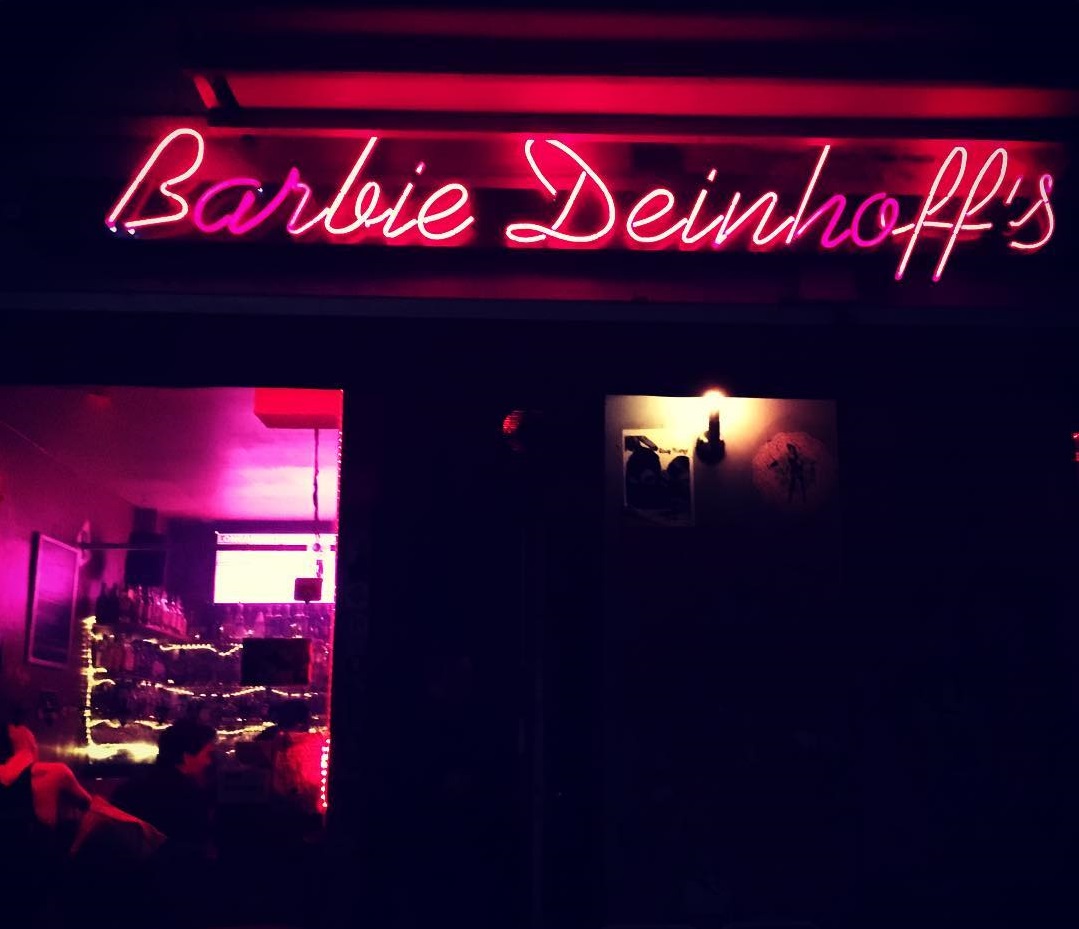 If you like pink, then you’ll love Barbie Deinhoff’s ?@robynrosycheeks

A quintessentially “Berlin” watering hole, drenched in pink neon light and walls emblazoned with years of graffiti. Frequented by the city’s most colourful characters – the beers are cheap, the atmosphere fun, and it’s LGBT friendly. We recommend taking advantage of the 2-for-1 happy hour every day from 6pm-9pm! 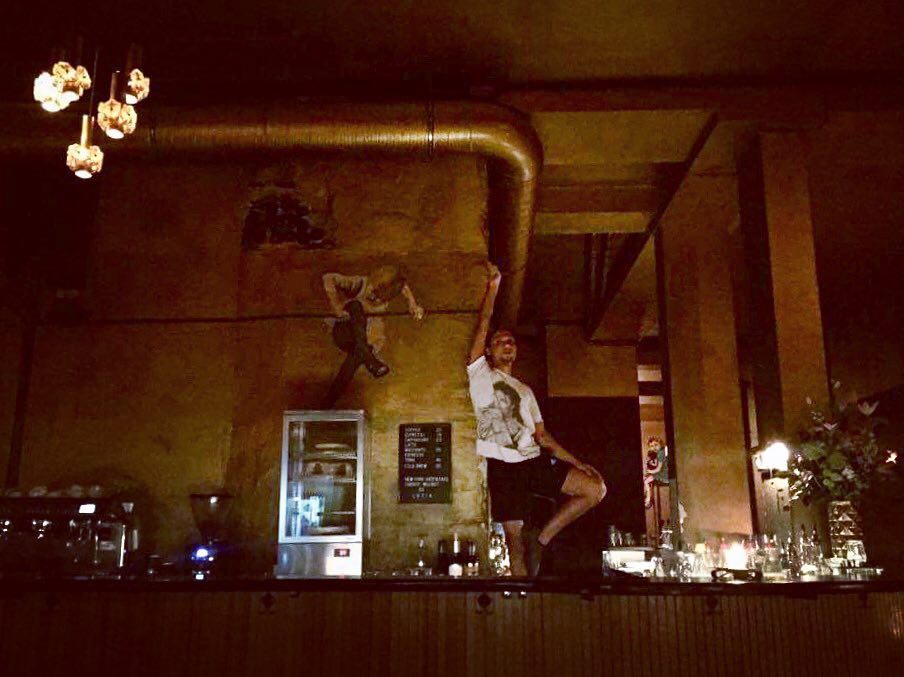 Despite its location on one of the most touristy hipster streets in Berlin, Luzia is well worth a visit ?@thatadithing

A relaxed atmosphere and good-looking regulars make Luzia a popular hipster spot on weeknights and weekends alike. Another bar with separate smoking and non-smoking areas. Make sure to grab a White Russian whilst you’re there. 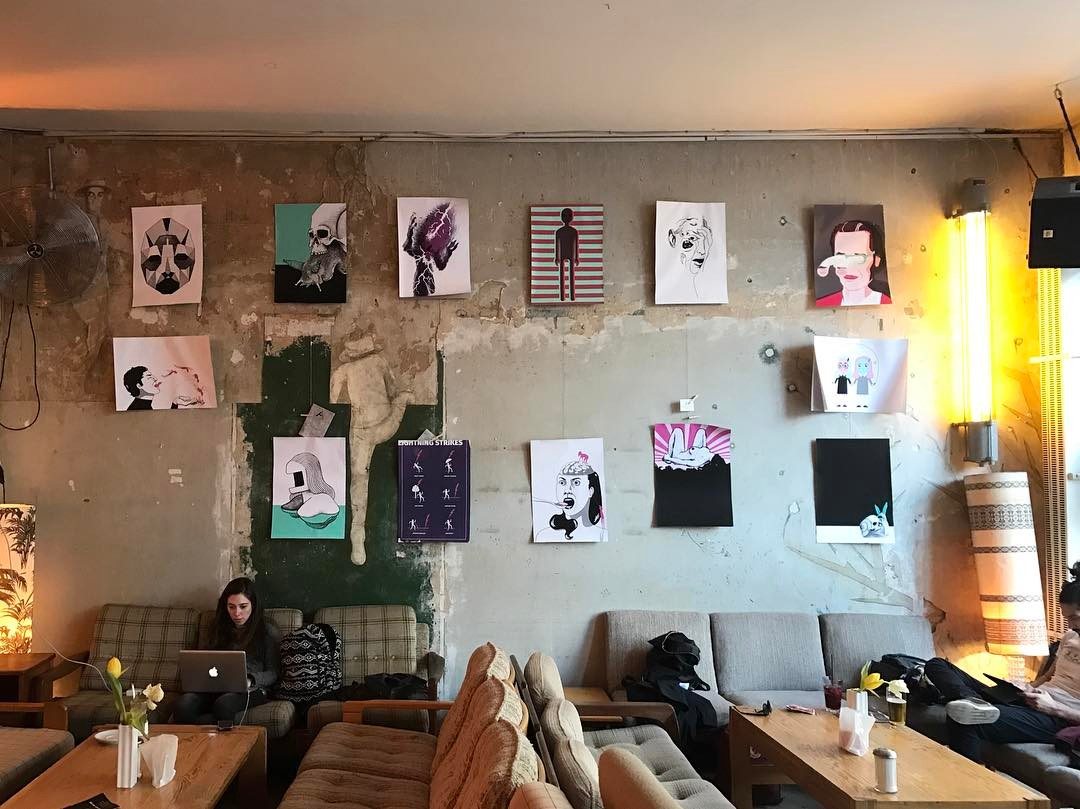 On the hunt for a late night tipple? Mein Haus Am See is open until the very early hours; a trendy bar that has become increasingly popular with tourists thanks to its Rosenthaler Platz location. Despite the crowds, it’s well worth a visit. Besides being one of the cheapest bars in Mitte, it also has a secret room downstairs with a rotating dance floor – must be seen to be believed! 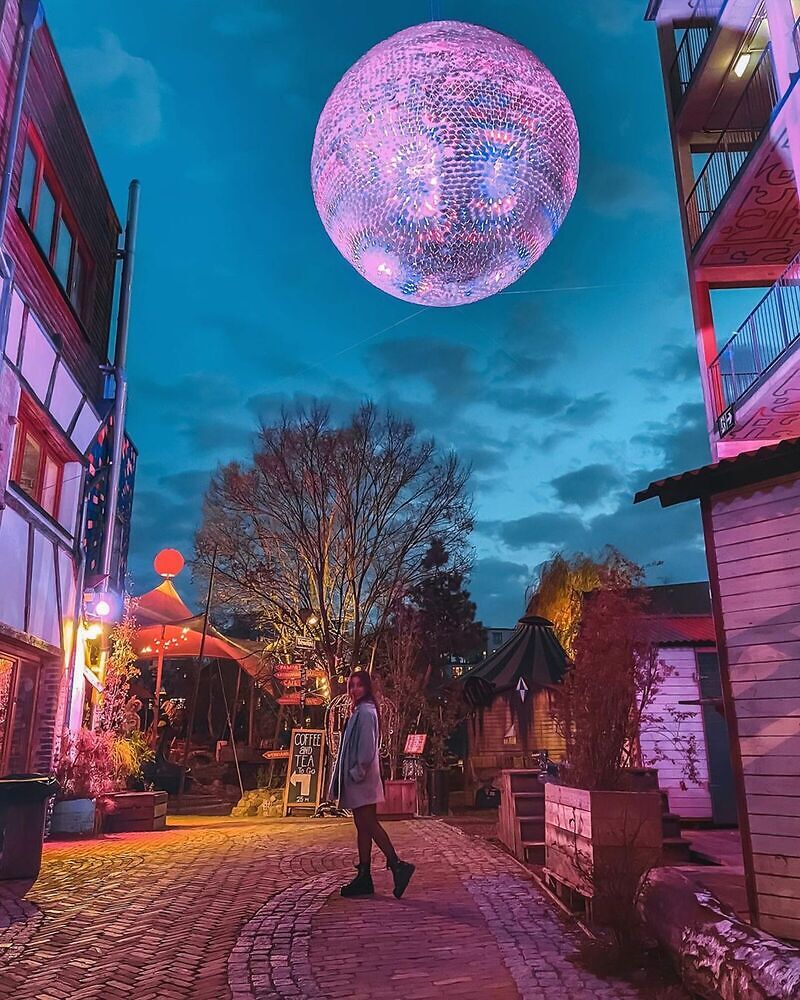 Dance under the moon AND a disco ball at Holzmarkt 25 @renata.asecas

The colourful village of Holzmarkt 25 is so much more than your average watering hole. A creative community space comprised of street food stalls, pop-up bars and art installations; it’s easy to get wonderfully lost in this urban riverside utopia. Hopheads: be sure to check out their on-site brewery for fresh pints and even fresher vibes.

This long-running and definitely-not-your-average beach-bar has been Berlin’s Rasta HQ for the past 15 years. Perched upon the River Spree, this graffiti-covered art hub ​features reggae, soul and dancehall DJs, plus hip-swaying live performances from African, Caribbean and Brazilian bands. Did we mention it’s also a nightclub? Not your bog-standard Berlin boozer, but a vibrant alternative to a cocktail bar any day of the week. 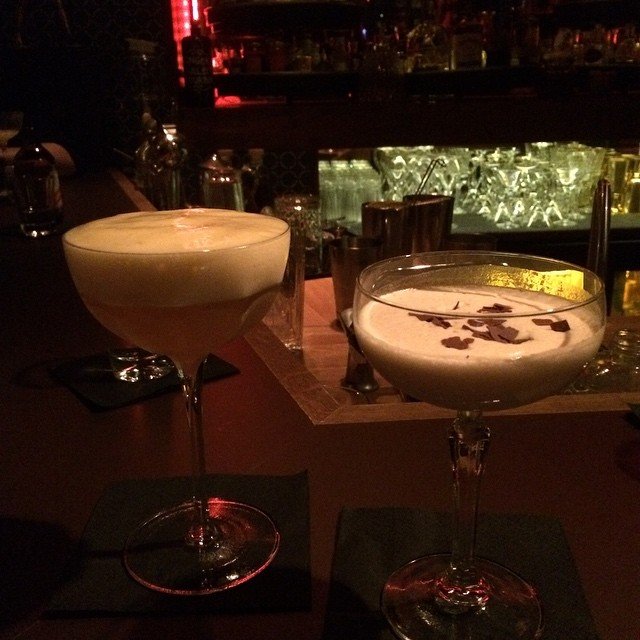 Whether Cinderella or Rumpelstiltskin, every man and his dragon will want to step into this magical realm of bubbling potions and poisoned appletinis. A range of enchanted cocktails take you through the looking glass to a world of secret doors, magically lit mirrors, pop-up book menus, and a hookah-smoking caterpillar lounging on a mushroom. 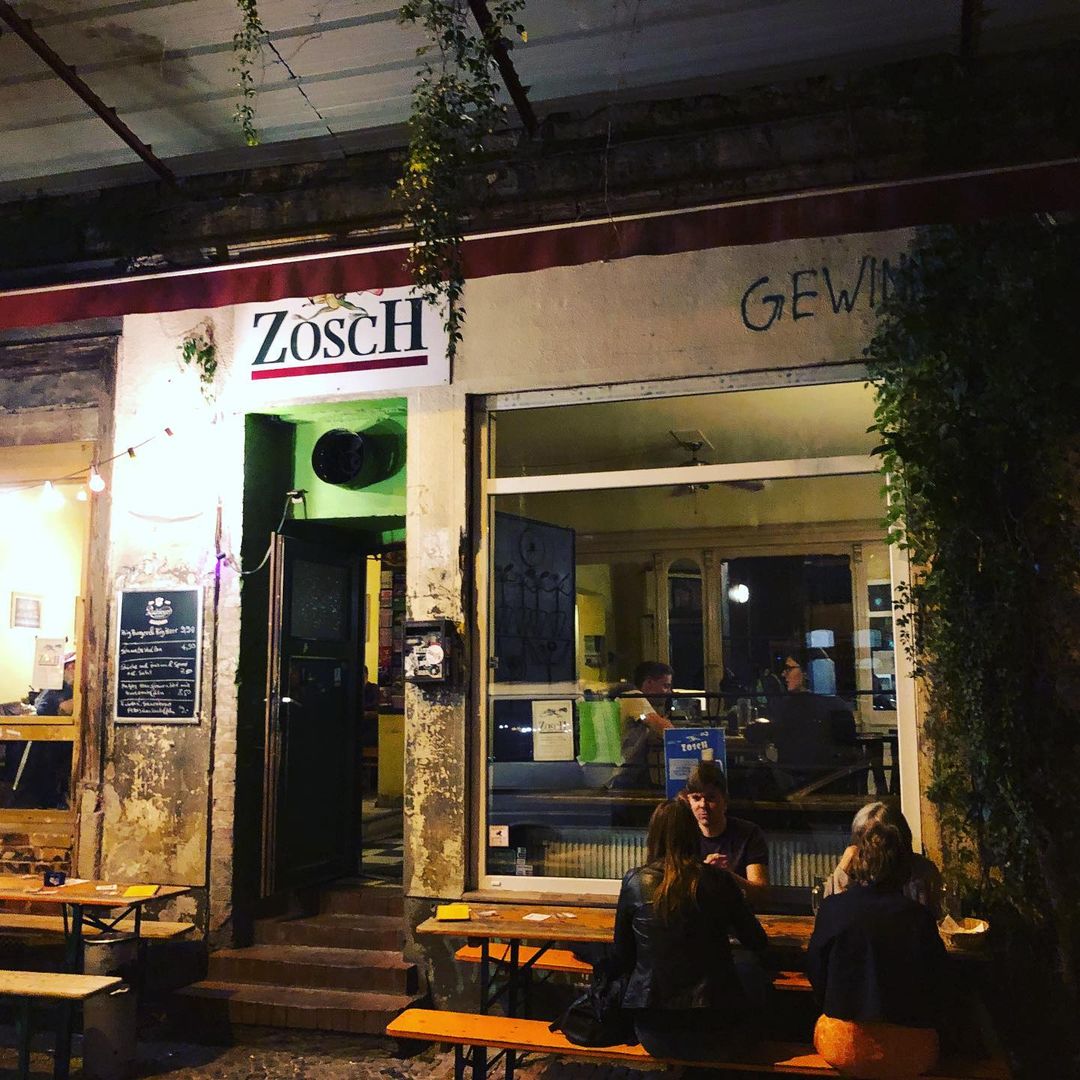 Smack bang in the middle of the buzzy Mitte district, Zosch is a brilliant reminder of Berlin’s no-frills squatting era. Don’t expect polished pints and suited service, this bar is unashamedly worn down, honest and charmingly casual. Gig-goer? Head down to their basement venue to jam to alternative jazz, folk and punk bands.

Into sex, drugs and rock n’ roll?  We know just the place. This cheap and cheerful hard rock local will have you feeling like a Berlin native in no time; serving cheap beer, rough music and an electric energy. Vintage band stickers line smoke-shrouded walls, while travellers and locals face off at kicker, pool, and pinball machines. Punk rockers and metalheads alike will soak up this anarchistic and old school extravaganza. And for those about to rock, we salute you. 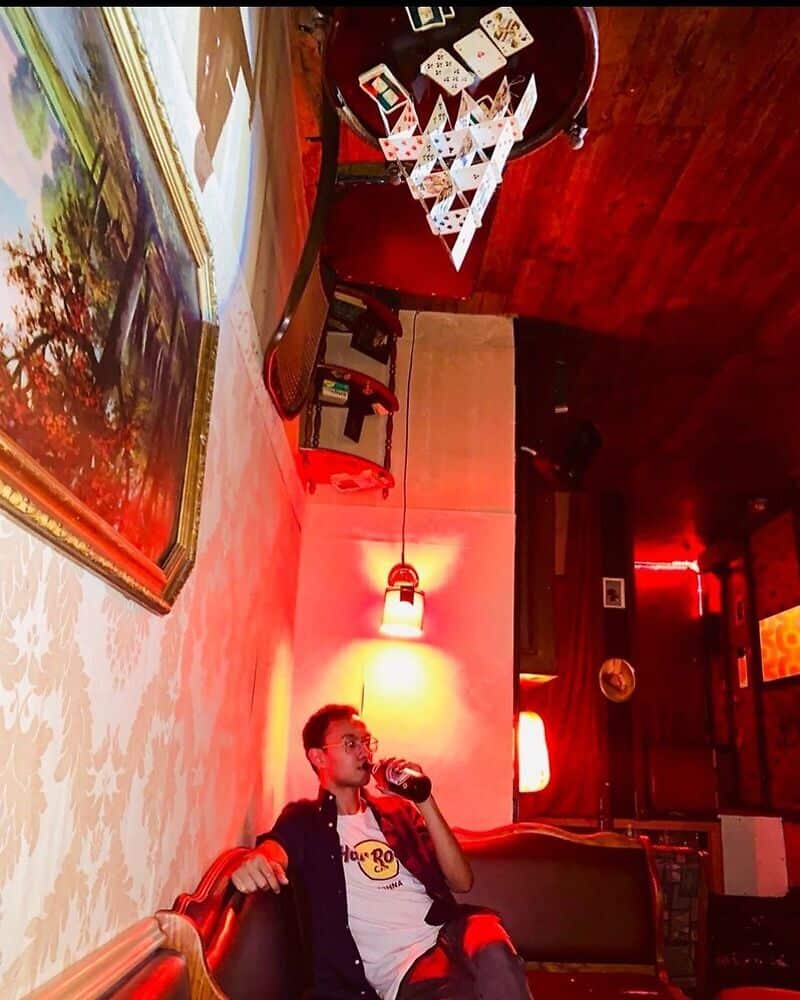 Am I upside-down or am I just drunk? @safkit

Serving Berlin’s underground music scene since 2002. Enter 8MM. Another gritty music establishment that hosts plenty of live gigs. The DJs here swear by vinyl, and when the turntables need a clean, there’s no shortage of live performances to jam along to. With a chilled, cosy atmosphere, this is the perfect venue to knock back a few beers and mingle with a multi-national crew of rock n’ roll junkies.

An alternative cultural centre with a pub and live music in Berlin-Mitte, Schokoladen is famous for good beer and great music. Dust off your band tees, and prepare for a musical minefield of events. From Reggae to Pop; Rock to Indie, this multi-genre celebration is a must for your next outing. Just don’t inhale too much smoke!

Need a place to lay your head after all those beers? Here’s a list of the best hostels in Berlin – some of which even have their own bar for a quick nightcap.

Lucinda Bounsall is a Londoner living in Berlin, who loves exploring its weird and wonderful delights. She also travels to other places too. Follow her adventures on Instagram @Lu_bounsall.

Why not pin this article for later? ? 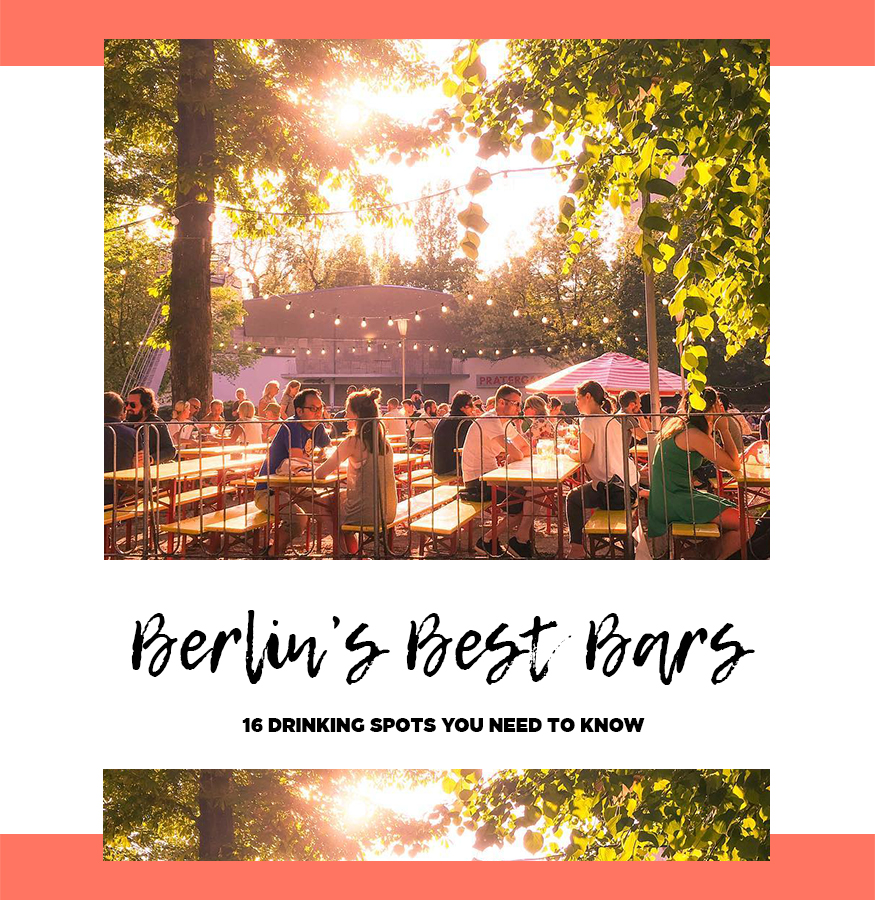 The post 25 best bars in Berlin that you need to know appeared first on Hostelworld Travel Blog.