There's a lot more to South Florida than South Beach. The Greater Miami metro area is made up of oceanfront cities, urban hubs and villages with loads of charm.

We've showcased 10 of the city's most interesting, diverse and exciting neighborhoods. To give you a glimpse into what it would be like to live there, we've compiled a list of five fun facts about 10 of Miami's legacy and up-and-coming neighborhoods. 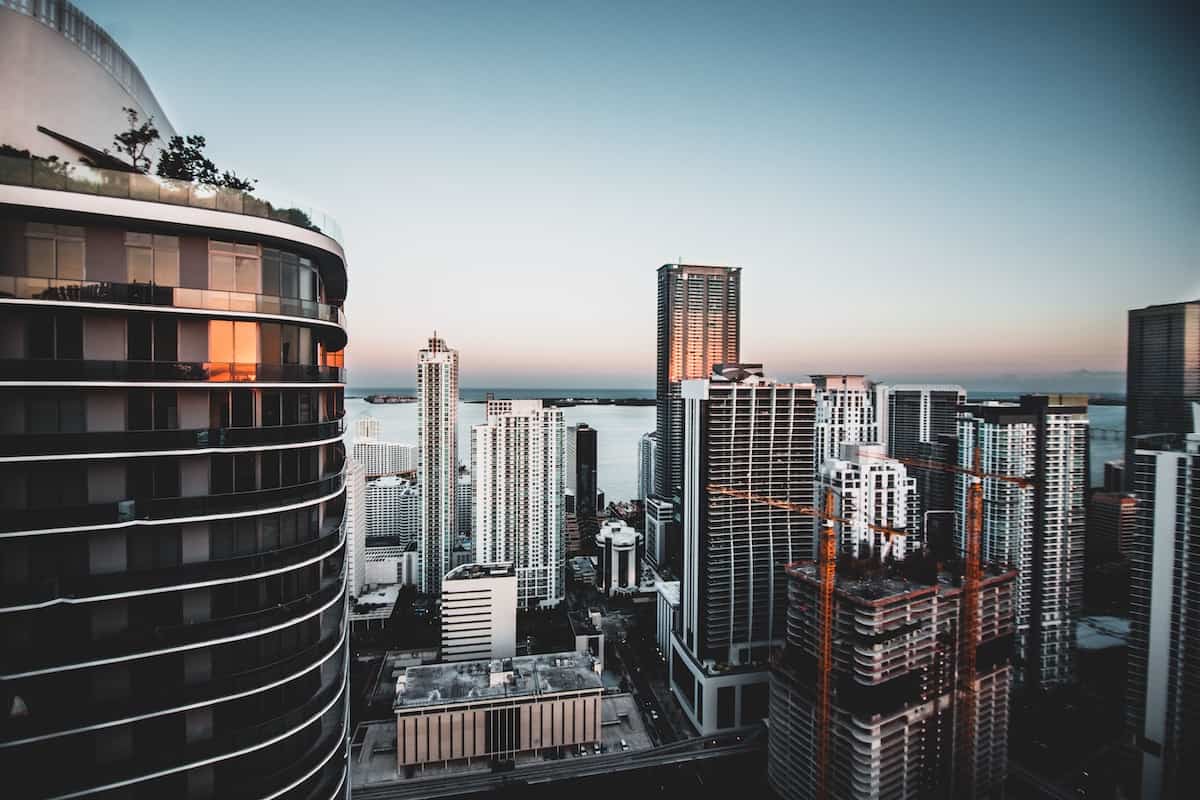 If you're looking for an urban neighborhood that's also a hot financial district, you've found it. This is a dense and fast-growing area and for good reason. Brickell gives you downtown proximity to the business hub, sports arena, the Adrienne Arsht Center for the Performing Arts and more. Once the go-to destination for lavish mansions, you'll find office towers, hotels, apartments and condos here today.

The number of residents living between Brickell and Edgewater has soared nearly 40 percent over the last eight years, according to the Miami Herald. Close to 2,800 condominium units will feed the demand. This is especially true at the luxury and ultra-luxury price points. 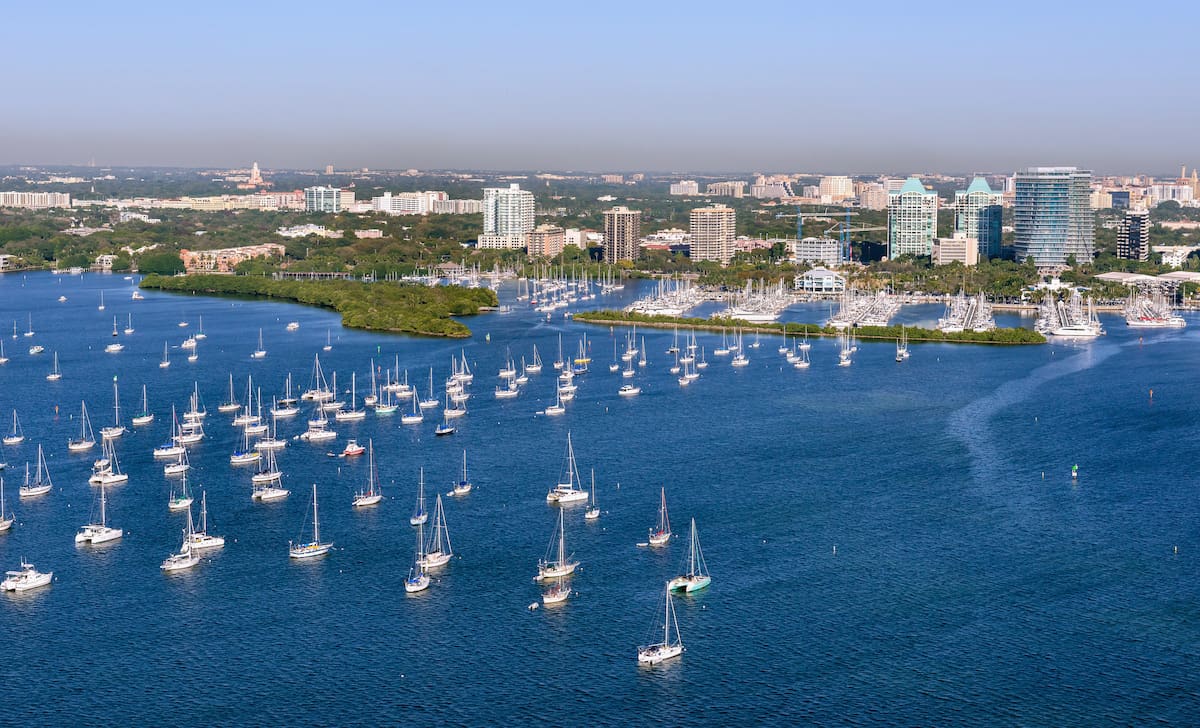 Regarded as Miami's original neighborhood, Coconut Grove was founded in 1873 by a mix of pioneers, artists, intellectuals and adventurers. It once had a bohemian or hippie cachet that has since segued into upscale and trendy.

Smack in the heart of the city, it hugs the shoreline of Biscayne Bay. The Brickell and The Roads neighborhoods are just north of Coconut Grove. It's also east of Coral Gables. A tropical neighborhood, the streets are lined with lush greenery and oak and banyan trees. 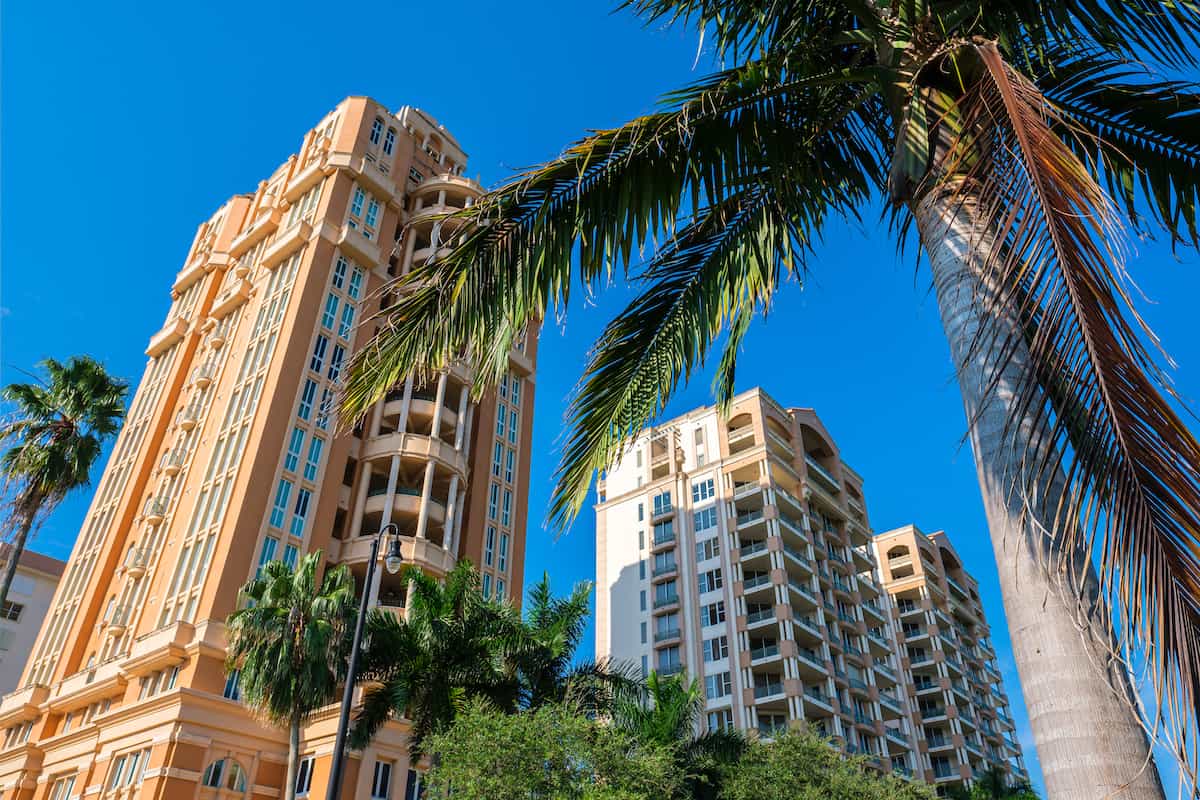 Coral Way road defines the Coral Way neighborhood. Founded by George E. Merrick circa 1920, the architecture is reflective of the early 20th Century. There's a mix of Mission Revival style in the older parts of the community. You'll find bungalow homes from the 1920s as well as Art Deco style from the 1930s here.

Today, Coral Way is a heavily trafficked thoroughfares between Coral Gables and Miami. It passes through the City of Miami between SW 37th Avenue and Brickell Avenue. 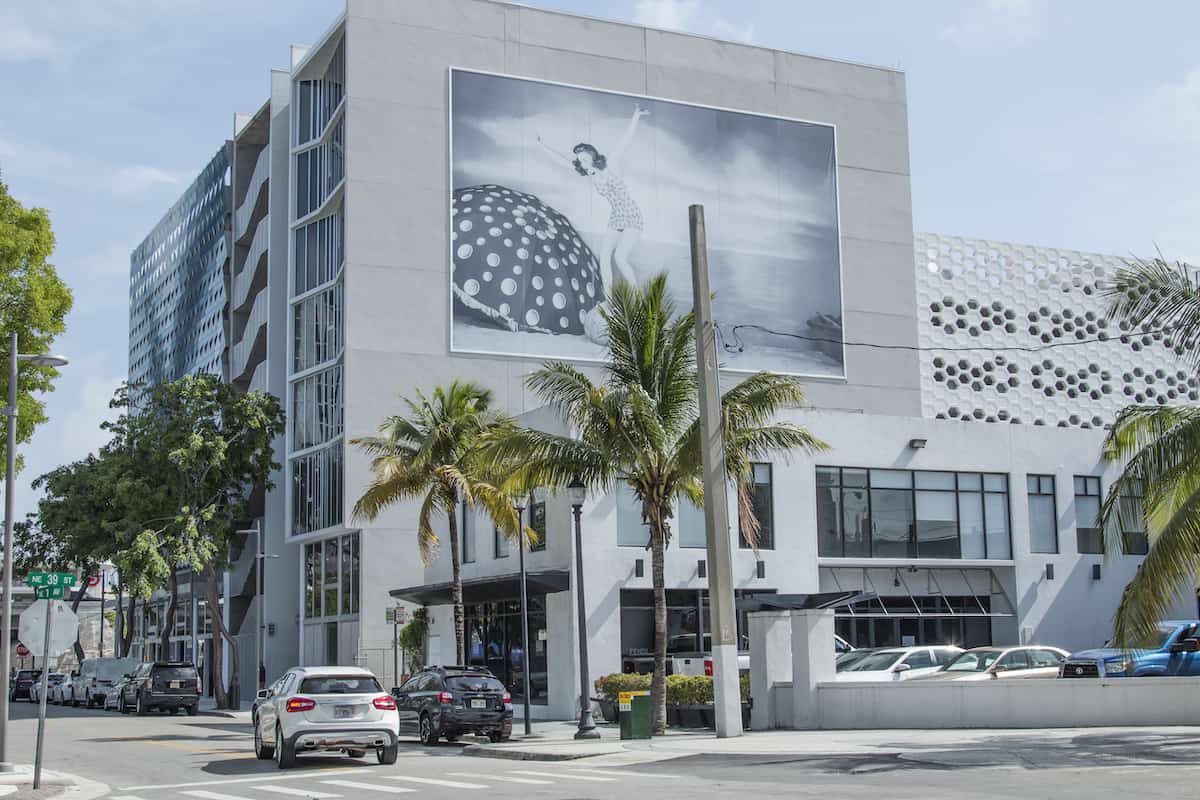 Located just north of Wynwood, the multifaceted Design District is a tony destination for high-style fashion, art, modern architecture and more. The 18-block neighborhood was once gritty with dilapidated warehouses. Today, it offers an escape from the ordinary and is a hotspot for dining, too. For visitors on getaways and globe-hopping hipsters, the Design District is a must-see.

Developer Craig Robins spearheaded the area's gentrification when he bought many of the run-down buildings in the 1980s and '90s. He originally created a go-to destination for interior and furniture designers to showcase their goods.

Just north of the Design District is the Buena Vista East Historic District. It's a charming neighborhood that dates back to the 1920s. Mediterranean Revival, Craftsman, Mission and Art Deco styles dominate the architecture here. 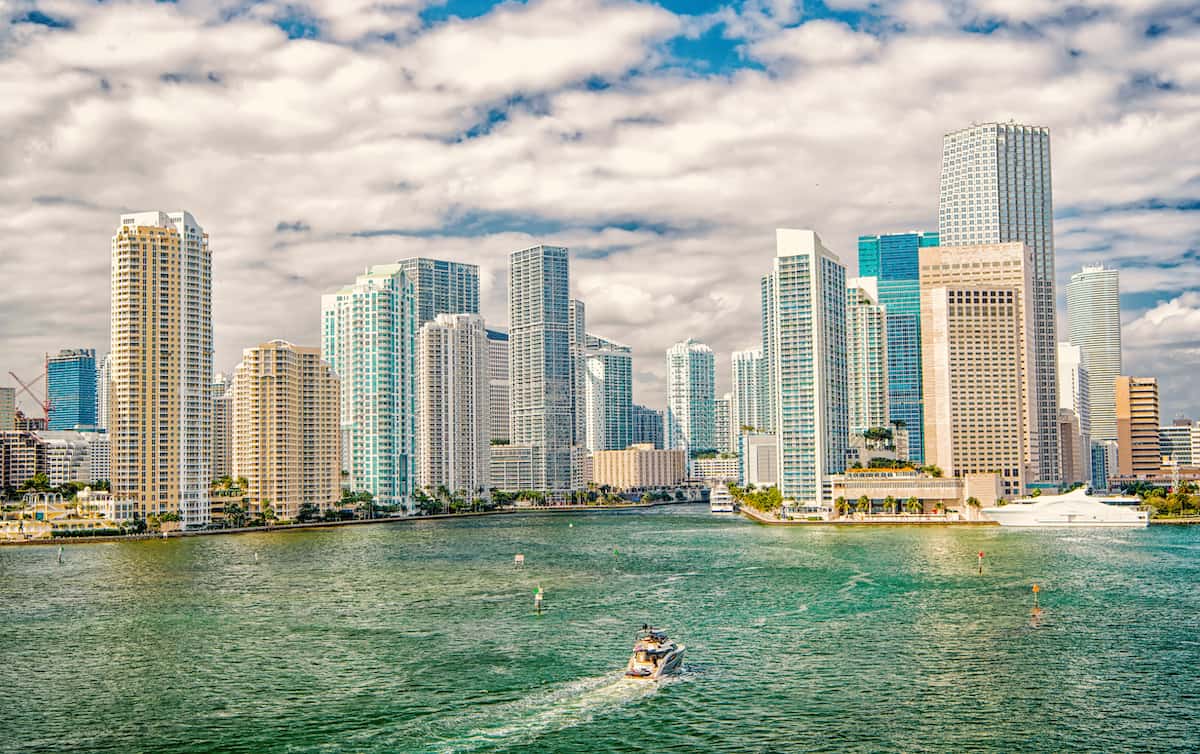 The epicenter of Miami, Downtown offers a stunning skyline view. With gleaming new skyscrapers, bay views and historic architecture, this is a multifaceted neighborhood hub. It's gone through a number of reincarnations over the years. Today, with a population that's doubled in less than 10 years, it's a bustling tourist destination.

More than the 9-to-5 neighborhood it once was, downtown is the go-to destination for the Port of Miami, the Adrienne Arsht Center and the American Airlines Arena, which is home to the NBA's Miami Heat. The 30-acre Museum Park also provides spectacular views of the bay. Prez Art Museum Miami's (PAMM) galleries showcase international art of the 20th and 21st centuries and the Phillip and Patricia Frost Museum of Science has a state-of-the-art aquarium and planetarium. 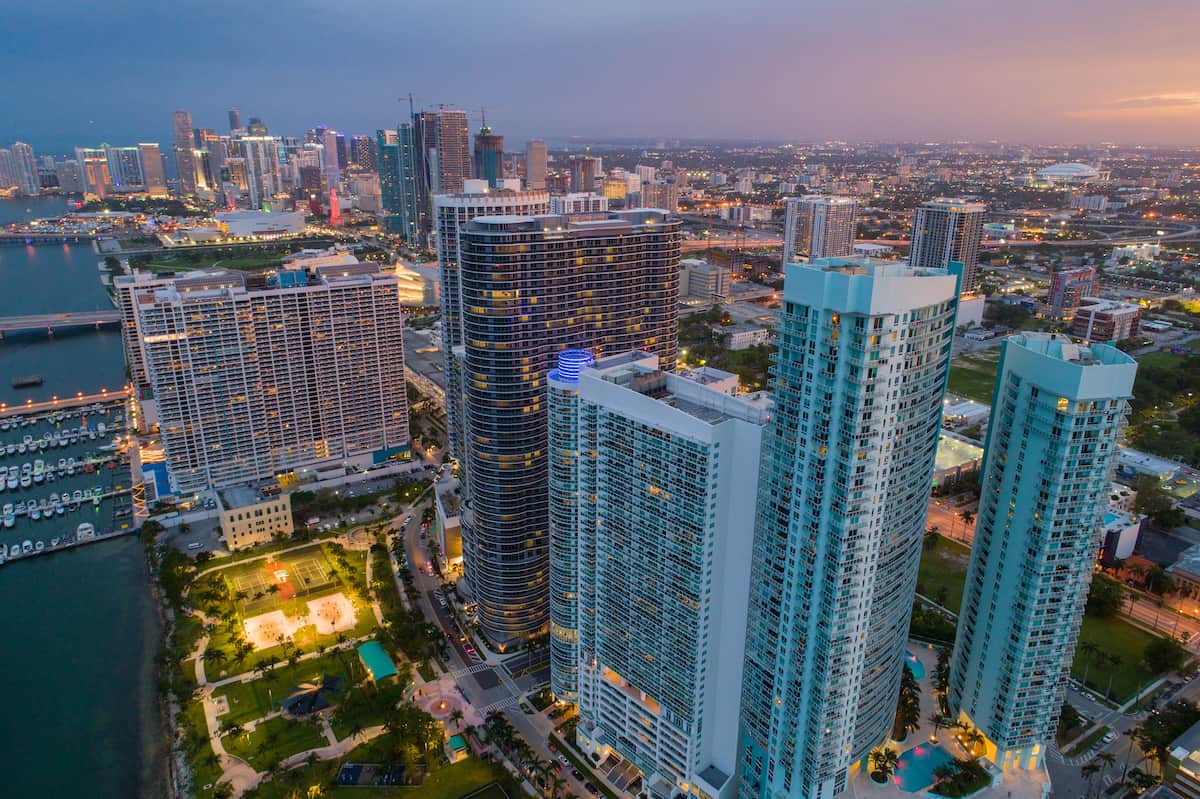 With its sweeping views of Biscayne Bay, this neighborhood has gone through a growth spurt and rapid urbanization. Not only is it close to Downtown, but it also has proximity to the sought-after Design District.

South of Midtown, Edgewater is within the boundaries of NE 17th Terrace to the south, I-195 (Julia Tuttle Causeway) to the north, NE 2nd Avenue to the west and Biscayne Bay to the east.

It's full of early 20th-century dwellings. Primarily an older residential area, this 'hood is now dotted with hi-rise and mid-rise towers and lots of new construction. You'll find plenty of luxe here with high-end residences and resort-style amenities. 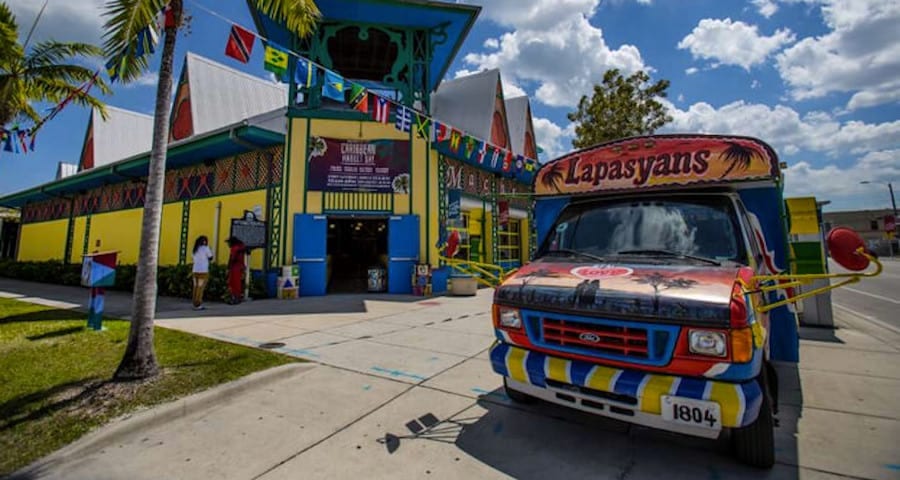 A known neighborhood for Haitian exiles, it is a 3-square-mile stretch of 30,000 exiles and artists. French-Creole dominates throughout, from street life to businesses. This is the cultural heart of the Haitian diaspora.

Little Haiti is surrounded by gentrifying neighborhoods, like Wynwood, the Design District and the upscale Upper East Side. It's centrally located, which is one reason why it's become a magnet for real estate investors, business owners and speculators looking for opportunities. For investors, some say it would be a low cost of entry and a potentially big upside, according to the Miami Herald.

With its Caribbean style and quirkiness, this is the place to go for ethnic restaurants, fruit stands and color-splashed wall murals. There's a flourishing art scene here with a lot of indie galleries. The Little Haiti Cultural Complex showcases Afro-Caribbean art, dance and theater. The covered Caribbean Marketplace sells produce and locally made handicrafts.

Steeped in the complex and rich cultural histories of Caribbean immigrants who brought life to its area, Little Haiti has evolved into a colorful beacon in Miami's arts communities. 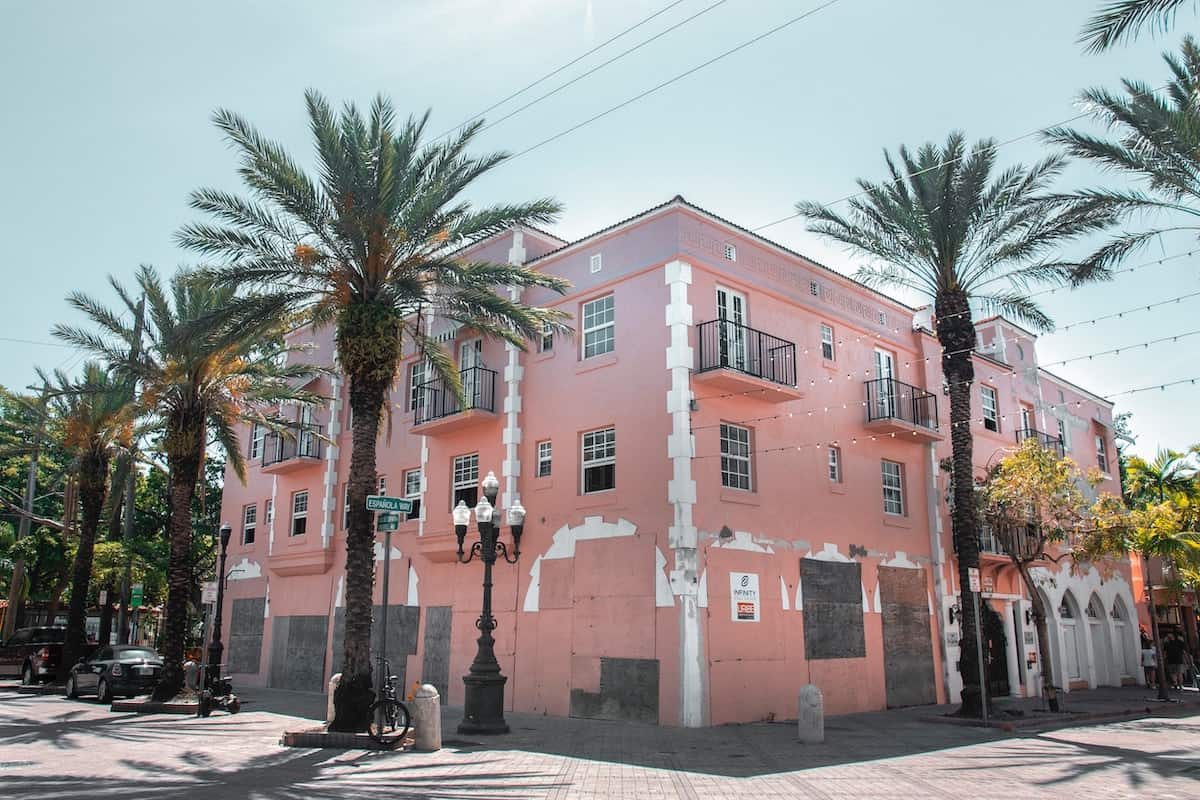 Famous for its Calle Ocho strip (SW 8th Street), this vibrant neighborhood carries its Cuban heritage with pride. Little Havana is has a strong cultural and political identity that resonates throughout the community.

The colorful Miami neighborhood came to life in the 1960s. This was at the time that Cuban refugees fled the rule of Castro in Cuba. Calle Ocho is the main thoroughfare of the neighborhood, which was established due to the Cuban diaspora. 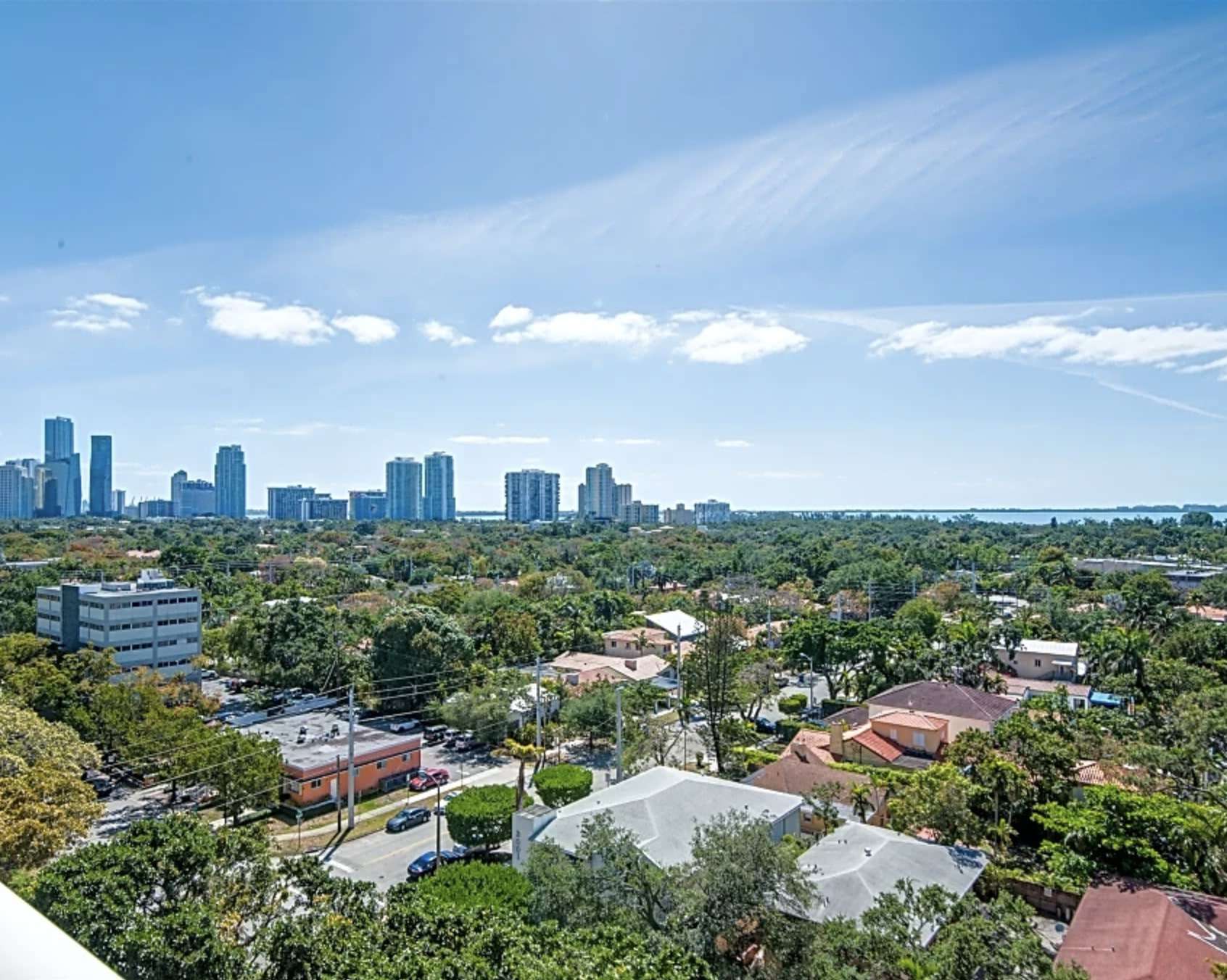 Located just west of Brickell, The Roads can best be defined as a triangular area south of SW 11th Street, between SW 12th Avenue and SW 15th Road. It has a reputation for being a prestigious neighborhood.

You'll find historic older homes dotting tree-lined streets here. It's oft what is known as the Miami street grid. That's why all of the streets here are called roads (not streets or avenues).

Five fun facts about The Roads 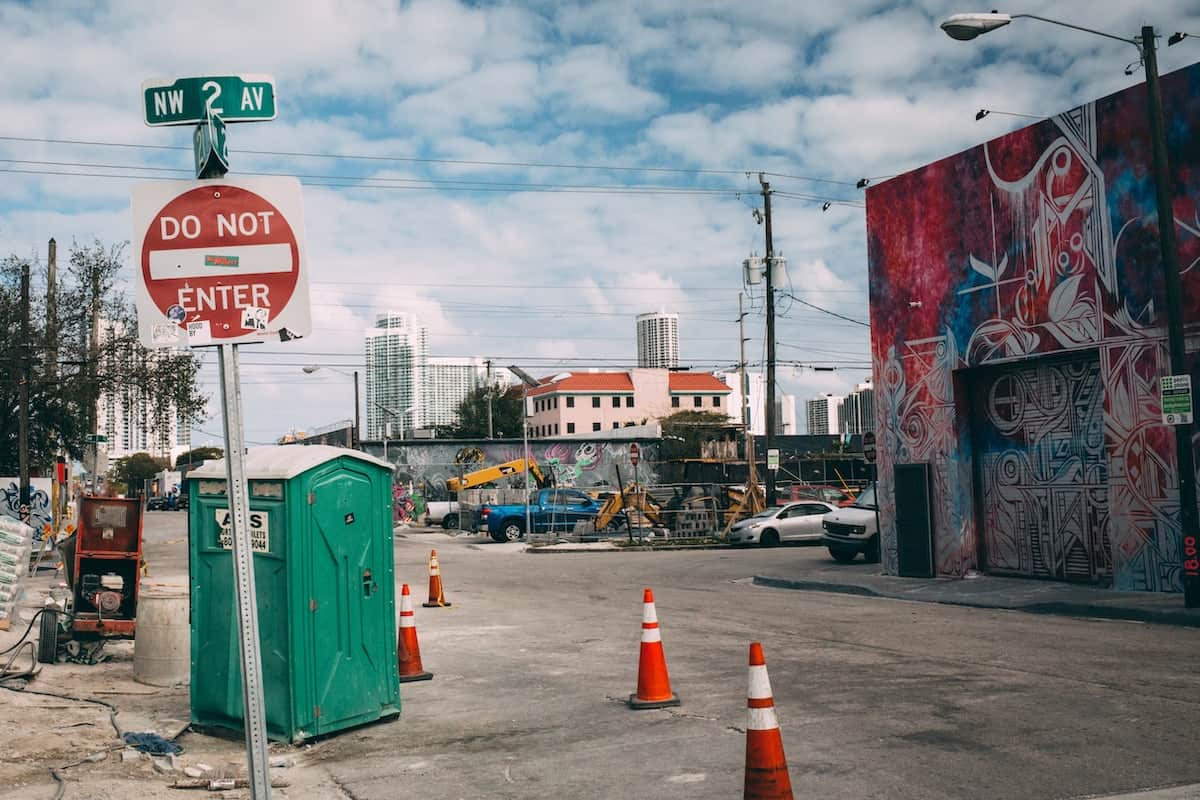 Talk about being in an urban core! In Wynwood, graffiti murals dot the walls of this redefined neighborhood that's west of Midtown. Street art sparked a renaissance here, where dilapidated warehouses once dominated every corner.

But developer Tony Goldman had a vision for Wynwood. He saw it as one huge open-air canvas. Nowadays, it's an uber eclectic hotspot with shops, bars, restaurants, art galleries and other businesses. The Second Saturday Art Walk in early 2000 lifted up the area for art, fashion and other creative enterprises. It continues on to this day.

Living in Wynwood is a mixed bag of existing warehouses and other buildings that have been renovated into condos and apartments, plus brand new builds. The Wynwood Business Improvement District (BID) apartment inventory is forecast to more than double by 2020.