Broomfield veteran trying to get his Afghan interpreter out of Afghanistan

Army veteran and Broomfield resident Scott Henkel’s interpreter is stuck in Afghanistan. He and his wife, Broomfield City Councilwoman Heidi Henkel, are working tirelessly to make sure Scott’s interpreter and his family makes it out of Afghanistan — and ultimately to Broomfield.

Scott, who served as a United States Army captain for nine years, worked with his interpreter daily from April 2006 to January 2007. He estimates the two went on more than 400 missions together, “ranging from daily runs to the Forward Operating Base for meetings, intel briefs … to 12-hour off-road missions to remote mountain villages that triggered Taliban attacks on our convoy,” Scott told the Enterprise.

Heidi has been on the phone with the interpreter — who they call Kevin — multiple times a day, hearing gunshots in the background of the calls. Time is running out, she said, and it’s unsafe for Kevin and his wife to bring their four children to the airport.

“They are scared and they are constantly moving from building to building when they find out that the Taliban is going door-to-door in their area,” she said, later adding, “We must expand a safe zone for these interpreters and others who are at high risk. The Taliban will have no mercy.”

Scott, who served in the 82nd Airborne Division, describes his relationship with Kevin as one of “complete trust and transparency.” He said Kevin trusted him to make strategic and safe decision while in the field, and Scott trusted Kevin was giving him the the full translation, complete with cultural nuances that allowed for the most informed decision.

Reps. Joe Neguse and Jason Crow’s offices have both called the Henkels, “and are doing everything they can to see that Kevin and his family and those like Kevin are safely brought to a place where there is no longer fear for their lives,” Heidi said.

Heidi said Sen. John Hickenlooper and Reps. Ed Perlmutter and Ken Buck also doing what they can. Buck tweeted Monday he was working closely with Neguse and Crow to save Scott’s interpreter.

“We cannot leave this hero behind,” his tweet reads.

I am working closely with @RepJoeNeguse and @RepJasonCrow to save Colorado Army veteran Scot Henkel’s interpreter from Afghanistan. We cannot leave this hero behind.https://t.co/zsh8J9KOVw

Kevin’s Special Immigrant Visa has been denied for almost a decade, Heidi said, and it was denied again last Wednesday despite letters from the United States Embassy’s assistant director. She and Scott, along with others who served alongside Kevin, have been trying to get the translator’s Special Immigrant Visa approved for more than a month leading up to this week.

The Henkels have been trying to get Kevin and his family out of Afghanistan “before the collapse of the country,” Heidi wrote in an email sent to the Broomfield City Council.

“The situation is growing worse. The Taliban now has the databases from the Afghan intel agency and are using it to track down the interpreters,” she wrote, adding there is an Afghan Army Brigade not allowing certain people close to the airfield gates.

“Time is running out and our interpreter told us that the Taliban is going house to house and that people have already been killed. They are still in hiding and the children are not allowed (to) go outside to play,” she wrote.

The Henkels’ main goal is to make sure Kevin and his family stay safe while waiting to be evacuated, and eventually bring them to the United States.

Scott said the honor of the United States is at stake. And it’s more than just his interpreter — he and Heidi ultimately want to see all Special Immigrant Visa applicants and their immediate families evacuated. They urged residents to write to their elected officials and help those who do immigrate to the United Sates.

“They are coming here with one bag for one family. Imagine that,” Heidi said. “Leaving everything you know, with one bag. And trying to do so under duress that you could lose everyone in your core family.”

“They deserve to live in freedom and not in fear,” Heidi said. “His children have asked why they can’t go outside to play. Their children deserve to play carefree outside in a place that is safe.” 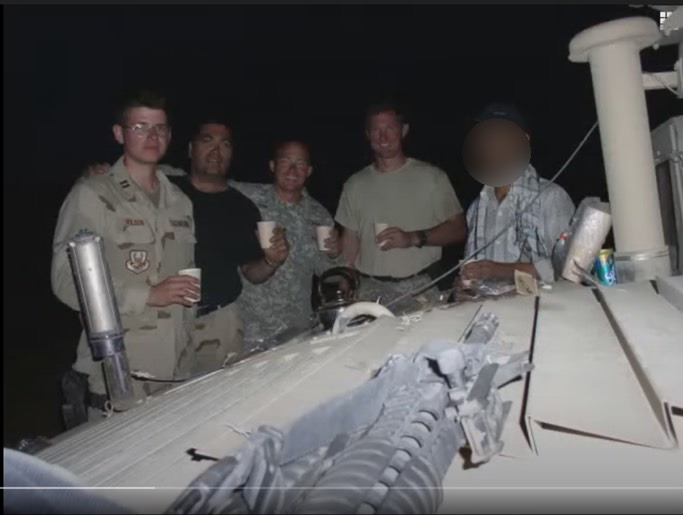