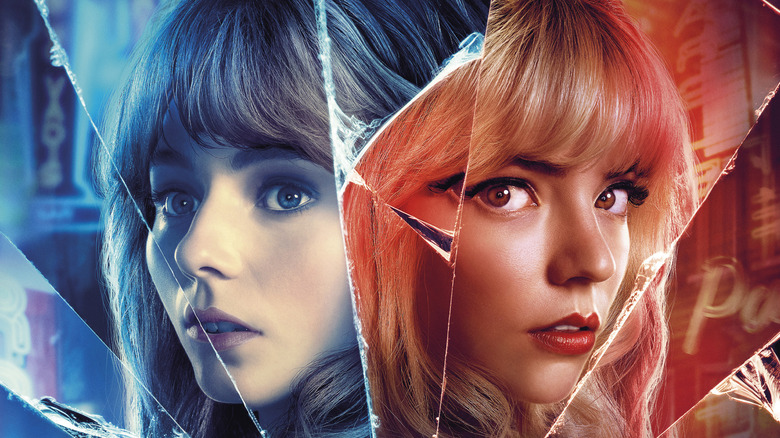 "Last Night in Soho" represents a new and fresh avenue for acclaimed and fan-favorite director Edgar Wright, who takes an even more committed swerve into outright horror than he ever has in the past. But that doesn't mean he neglected to bring along his usual bag of tricks, developed over years and years of experience in defining his remarkably distinct brand of movie. And while someone like James Gunn will probably come to mind first among mainstream audiences, Wright has always played up the importance of music throughout the course of his filmmaking career -- his last film, "Baby Driver," took this to an extreme with the emphasis on its toe-tapping, iPod-listening main character and several action sequences that perfectly meshed with the soundtrack.

As it turns out, Wright made his latest film with an eye towards having certain aspects feel like a fully-fledged musical. This, according to the two stars of the movie, proved to be both a challenge and an important part of getting the characters right. 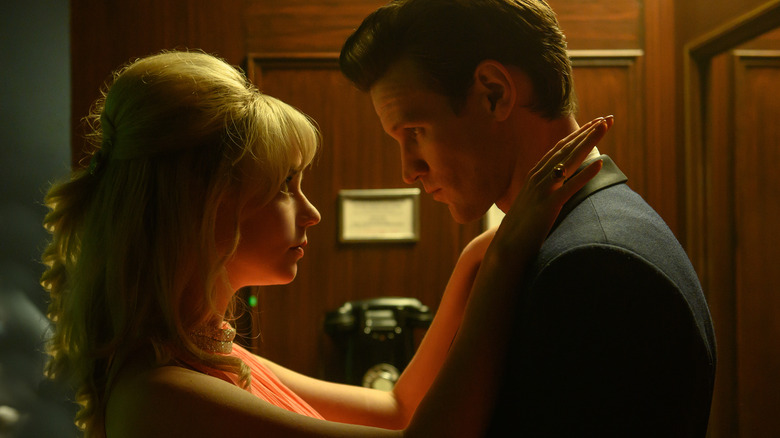 With "Last Night In Soho," Wright incorporated music into the action and even went the extra step of integrating it during actual filming. In an interview with Entertainment Weekly, co-stars Taylor-Joy and Thomasin McKenzie both opened up about the "challenges" involved with performing to such a high degree of choreography and timing. According to McKenzie:

"One of the biggest challenges of it was the timing. The movie really moves to the rhythm of the songs that are playing in the background and those songs tell your own story and become your own character. There was music playing in the background and sometimes if it wasn't music, it would be metronome beats. You'd hear the "tick" and you'd have to be exactly on that beat. The continuity on this film was unlike anything I'd ever done before."

McKenzie is referring to how the body-switching premise of the film demanded intricate dance choreography between Taylor-Joy, McKenzie, and Matt Smith. Both of the actresses had to dance in and out of scenes in order to accommodate one sharing the spotlight with Smith, before being whisked away again to switch places with the other. Her reference to a metronome beat is particularly fascinating, as this is a common technique used during the production of musical adaptations. Taylor-Joy goes on to share how her dancing background made her a natural fit for the shooting of "Last Night in Soho":

"I love that Edgar directs in beats because I have a background as a ballet dancer. I naturally see scenes in beats. When I'm going through it in my head, I'm almost dancing a bit. And Edgar does the same thing with directing. Every one of my projects has presented me with a different kind of challenge or a different way of getting into character, and being able to be directed lyrically was a real pleasure for me. It melded both of my loves of dance and acting. I'm so proud of how much of our film is practical effects. We tried every different angle of how we could do it practically, and that, for the two of us as actors, was just so much fun."

We won't have to wait much longer to see how Wright's latest fits in among the rest of his filmography. "Last Night in Soho" comes to theaters on October 29, 2021.

Read this next: The 11 Scariest Scenes In The Halloween Franchise