How James Gunn’s Peacemaker Pushes The Limits Of Superhero Television 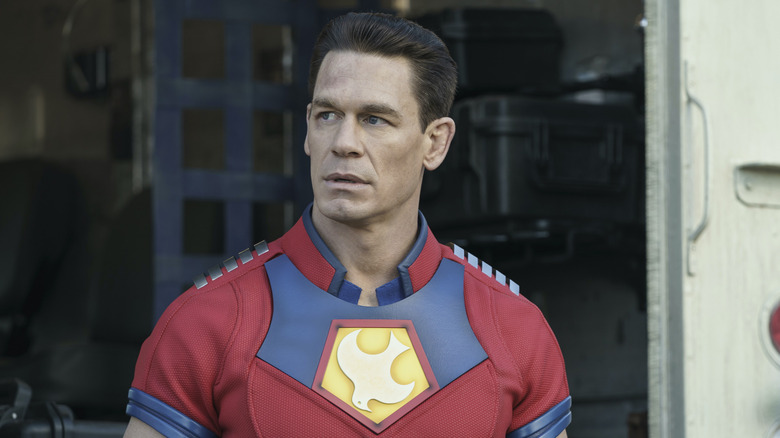 Writer and director James Gunn's HBO Max series "Peacemaker" pushes a lot of boundaries. Gunn previously said on-set that he couldn't believe the studio was letting him film the series, and he later called it a "funeral for Warner Bros." during Comic-Con. "Peacemaker" toes the line between being funny and offensive, and often revels in its own vulgarity. Yet, somehow, it manages to have a warm squishy center full of introspection and socially relevant themes. Gunn showed us that he could balance sweet and disgusting with his 2021 film "The Suicide Squad," but "Peacemaker" takes that careful balancing act to a new level. The series is not only as crass as it wants to be, but it tackles tricky topics like racism, homophobia, misogyny, child abuse, trauma, and American exceptionalism. So how do you figure out the exact balance between raunchy and earnest, and make sure that nothing ever feels neutered?

At a virtual press roundtable for "Peacemaker" that /Film participated in, I was able to ask Gunn about how he managed to pull off his tightrope-walk of good taste. It all comes down to having honest friends, nerves of steel, and listening to your gut. Tonally, "Peacemaker" is a lot closer to something like Gunn's 2010 dark comedy "Super" than it is to "The Suicide Squad" or his "Guardians of the Galaxy" films, which makes it a much tougher story to sell. 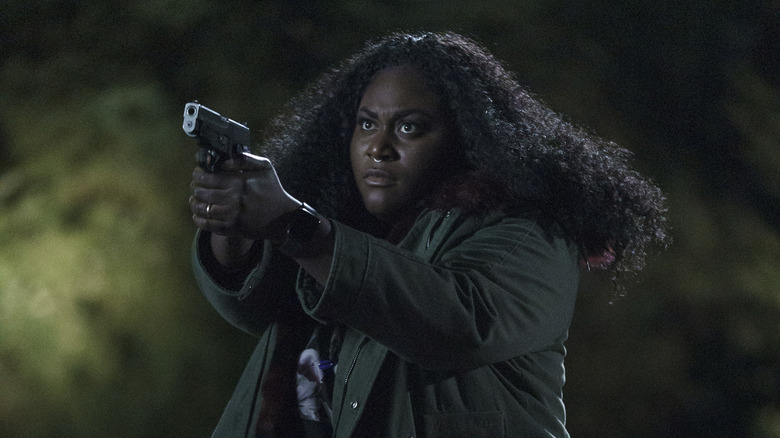 One thing that was important to Gunn was that he didn't make jokes that wouldn't fly with other perspectives. The cast of "Peacemaker" is wonderfully varied, which made writing some of their voices just a little difficult for Gunn, who didn't have the right experiences to draw from. He wanted the dialogue to sound authentic, and that meant running certain scenes by friends who had the perspective he didn't:

"I think most of [the time], I just do what I want to do, and it becomes that. But I do think that there were some things that I was dealing with in this show that were a little bit different, like writing a gay Black woman as one of the leads. So getting feedback from friends of mine, people who are lesbians or Black or both, making sure that all of that stuff was okay."

There's a lot of crass back-and-forth between characters, but Gunn was careful to make sure that nothing went too far if it was being said by a character audiences would empathize with. 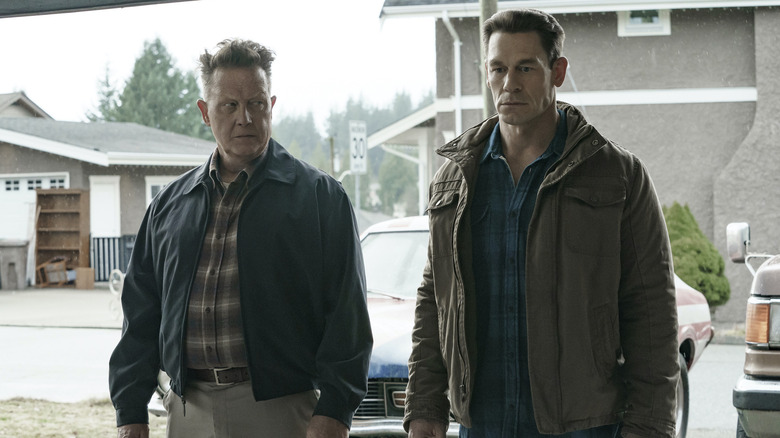 When it came to characters that are beyond redemption, however, Gunn didn't want to pull any punches. That meant that Peacemaker's dad, Auggie Smith (Robert Patrick) would say some absolutely vile things:

"It was very hard to write Auggie, because Auggie is such a piece of s*** racist. I didn't want to pull back on who he was as a racist. I didn't want to make him this McDonald's lite version of what a racist is, which is what you would normally see in television shows. But we don't have to go unnecessarily into his bulls***. I didn't want to serve his bulls*** either. So that, to me, was the most delicate stuff in the show that I really was careful about and tried to do the best that I could to be sensitive and also be authentic at the same time."

It's worth noting that while Auggie spouts plenty of hateful rhetoric, he doesn't really ever explain the reasoning behind his racism, and he's never shown in a positive light. You also don't hear Quentin Tarantino's favorite word ever uttered, which is a relief.

Not Exactly A Superhero Show 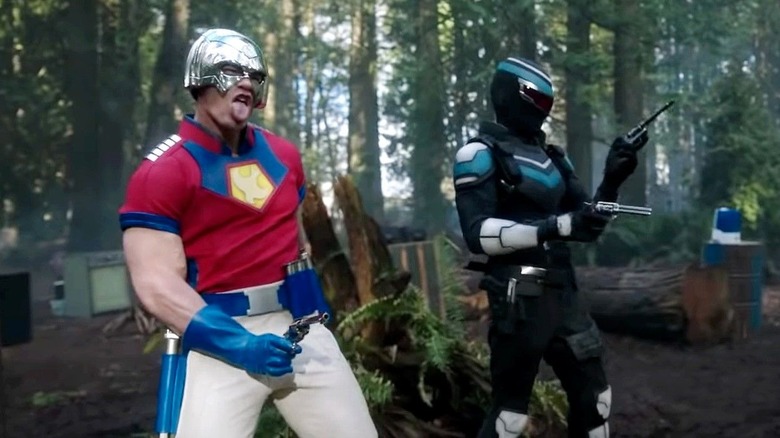 As far as figuring out how to balance silliness, superhero adventures, and difficult sociopolitical quandaries? Apparently being completely irreverent and earnest at the same time is just Gunn's bag. He also noted that the series isn't a superhero show in the traditional sense. Peacemaker isn't a hero at all, and these characters aren't behaving all that heroically. Gunn shared his thoughts on putting it all together:

"But for the other stuff, the tonal stuff, I think that at the very beginning of the show, you see that first scene, we go directly into the dance scene, and I think that's our way of saying, 'Do you want to taste it? Do you really want to taste it?' We are willing to go anywhere, whether that's filthy language or sex or a ridiculous dance number. There's no real constraints on what we can do here creatively. We aren't your normal DC or Marvel superhero TV show or something different than that. At the end of the day, I don't think it is a superhero show. I think it's a story about a sad guy who wears a costume and lives in a world of superheroes and has to sort of compare himself to them and is very envious of them. And we see that."

Peacemaker is a wannabe hero, and maybe by the end of the series he'll be on his way to actually being one. Maybe. I'm not going to hold my breath.

The first three episodes of "Peacemaker" are available now on HBO Max, and new episodes drop on Thursdays.

The post How James Gunn's Peacemaker Pushes the Limits of Superhero Television appeared first on /Film.