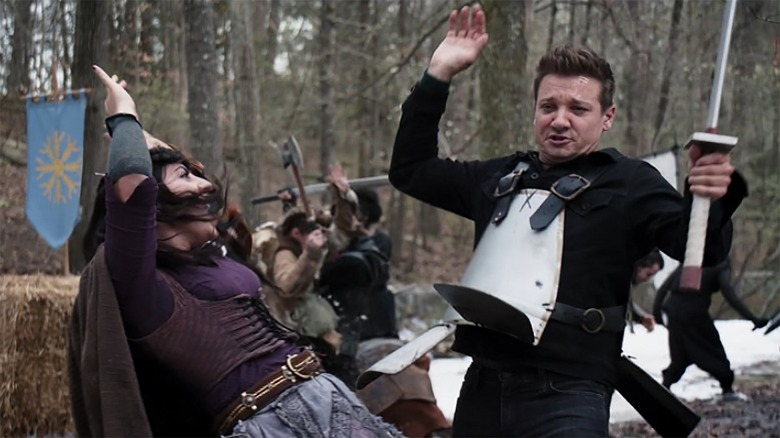 Trinh Tran is the Executive of Production & Development at Marvel Studios, but she's been with the comic book movie company since as far back as "Iron Man," when she worked as an assistant to production manager Charlie Davis and finance executive Matt Finick. A decade later, and she's the executive producer of "Avengers: Endgame," one of the biggest blockbuster events in cinema history. Now she has her sights focused on the small screen as the executive producer of "Hawkeye," where she wants to show fans a different side of the Avenger with the bow and arrow. We talked to Tran about Hawkeye's evolved status in the MCU, the challenges Marvel has in the future, and the chances of seeing the full song and dance sequence from "Rogers: The Musical."

"I Think Sometimes He Still, In A Way, Feels Like He's A Punching Bag." 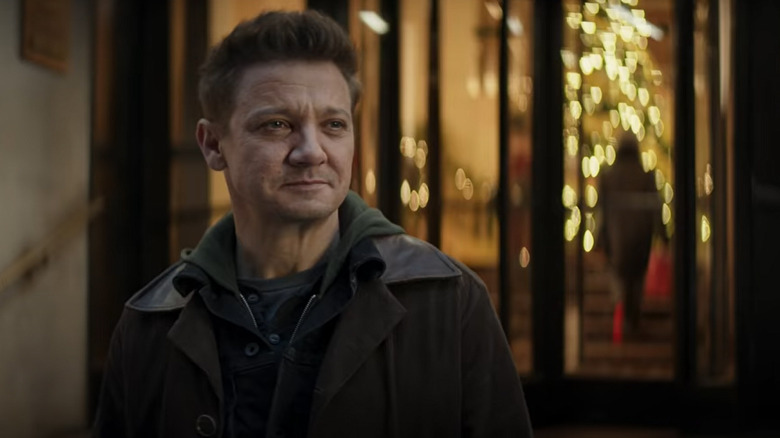 Note: This interview has been edited for clarity and content

Hawkeye felt like he was a punching bag for a lot of jokes in the early years of the Marvel cinematic universe. When do you think that changed?

Wow, that's a great question. I think sometimes he still, in a way, feels like he's a punching bag. And I think that is an element that we obviously wanted to preserve with what we have established with his character. But there's also a different side of him that hasn't been explored yet. So at some point, it was a matter of when are we going to be able to tell the Clint Barton story, and how does that actually fit within the timeframe and space that we have in the MCU going forward with the direction that we want to head off with?

It just made sense that, at this moment, this story of his is being told during this holiday season and sort of pulling a little bit from the different side of him that we haven't seen before in the last decade that we've created that version of Clint. And it is through Kate Bishop's introduction that helps get this side out.

What do you think is the most intriguing thing about him as a character, other than being one of the few characters who has a surviving nuclear family in the MCU?

The fact that he doesn't have any superpowers, I think that's what I gravitated towards with this particular project. He is human, very much human just like me and you. And that is so relatable in so many levels, the fact that he can get injured and could potentially die in any of these events that he gets into. So that is one of the really interesting factor about him. And with Kate Bishop coming into this world, they're just highly skilled, and they just work extra hard to be able to stand next to the gods and super powered beings. 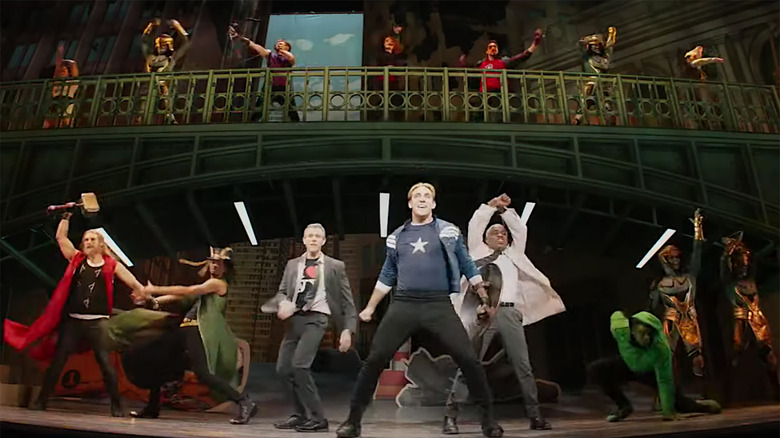 You mentioned Kate Bishop, and, correct me if I'm wrong, but I think this is the first time that an opening credit sequence for a Marvel project actually does some storytelling, right?

Yeah. You caught that, I love that.

What was the thought process behind putting some of her origin story into the credits rather than revealing it throughout the series?

We wanted the moments that they connected and with the incidents from a past event — I know you've seen it. I can't even say it. — But it was something to link them together and pull her into the MCU, and from that moment on, she wanted to start training and getting into archery because she idolizes who he is and how he saved the world and everybody in New York. What was great about that was, it was jumping from, obviously that flashback scene, all the way to present day and telling her present day journey, leading up to her encounter with Clint rather than go through a ton of time with the training process that we all know, especially after what she says to mom, you know, I need a bow and arrow. We figure it might be really interesting because we were going to have to have some sort of credit sequence. Let's fit that within that space and then do it in a stylistic way. That is a nod to [Matt] Fraction and [David] Aja.

The artwork in that credit sequence is fantastic. Speaking of fantastic, are we going to ever see a full version of the musical sequence that we see in "Rogers: The Musical" in the first episode?

It was so much fun to actually create, and Marc Shaiman came up with the lyrics and all. I think what you saw, obviously, are pieces of what we did. I'd love to make a musical one day. So sign me up.

Yeah, since there are dialogue pieces that happen during the musical scene, sometimes it's difficult to hear the lyrics. And I know people will want to hear the full musical sequence.

I hope everybody is as excited when they see it. And then who knows, more can come down the line. 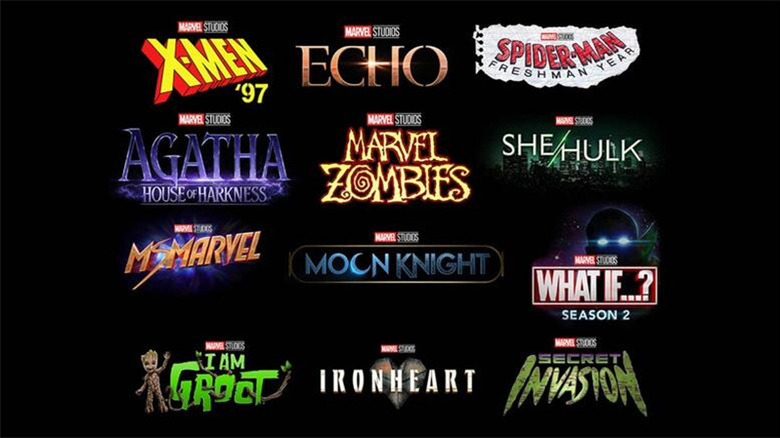 You've been part of the Marvel family for a long time. You were working alongside everyone, even as far back as "Iron Man." And now you're an integral part of Marvel Studios. Has there ever been a time during this long process where you thought to yourself, "Well, this isn't going to work." Was there ever a real concern as to whether you guys were going to be able to pull off one thing or another?

There's always a feeling every time a project comes out, like, "Oh my God, how are people going to react to it?" Right? Are they going to love it as much as we do? So it goes for every project that comes out, and I wouldn't say that there's then an exact moment where it feels like, "Oh, no, this is all going to come to an end." We're just so passionate about all of the characters and the properties that we work on. We just hope that everybody out there is seeing it the way we do. I'm just so grateful and happy to be a part of the team for like 14 years now. And I hope that the journey continues on for many more years to come.

With regards to the future, the conclusion of "The Infinity Saga" kind of felt like the end of an era for Marvel. In a way, you're kind of starting with a clean slate, moving into this new phase of movies. What do you think is Marvel's biggest challenge going forward?

Now that we have the Disney+ platform, there's a lot more characters and a lot more properties coming in. So we have been really focused on just the feature side, right? A certain amount of movies coming out each year. I think it obviously has expanded because of the new platform that we have. So with new character introductions, with new properties coming in, there's a lot more, which means that the team has gotten bigger. The communication has to be ever-evolving because that means the inter-connective world of the MCU is bigger. And we need to make sure that we're in constant communication with each other to make sure that it lines up in the direction that we would like to head towards. So like I said, I think the biggest challenge is making sure that we as a team is in constant talks with one another.

"Hawkeye" premieres with two episodes on November 24, 2021, exclusively on Disney+.

Read this next: Every MCU Post-Credits Sequence Ranked From Worst To Best

The post Marvel's Trinh Tran Wanted Hawkeye to Reveal a New Side of Clint Barton [Interview] appeared first on /Film.