Are you baking more at home and are you surprised at how easy it is?


I wanted to talk about baking, as it’s been a trend in lockdown. US Magazine has an article about all the celebrities who are baking and there are definitely more baked goods in my social media feed. I first started baking just a couple of weeks ago and really love it, although of course it contributes to me eating more. Baking used to intimidate me, but it’s surprisingly easy. The hardest part is just cleaning up after yourself. I’ve found that the harder recipes call for yeast and waiting while the bread rises. Yeast is tougher to get now due to everyone baking at home but I was lucky enough to score some. (I’m so grateful that I live in the country.)

Here are some recipes I’ve tried and some I’m interested in. Sidenote: I’m considering bringing back the Amazon posts soon. It’s been about six weeks since we’ve had one and the major sites, like US and People, are still running them. Hopefully it doesn’t seem tone deaf and is helpful, but let me know what you think. 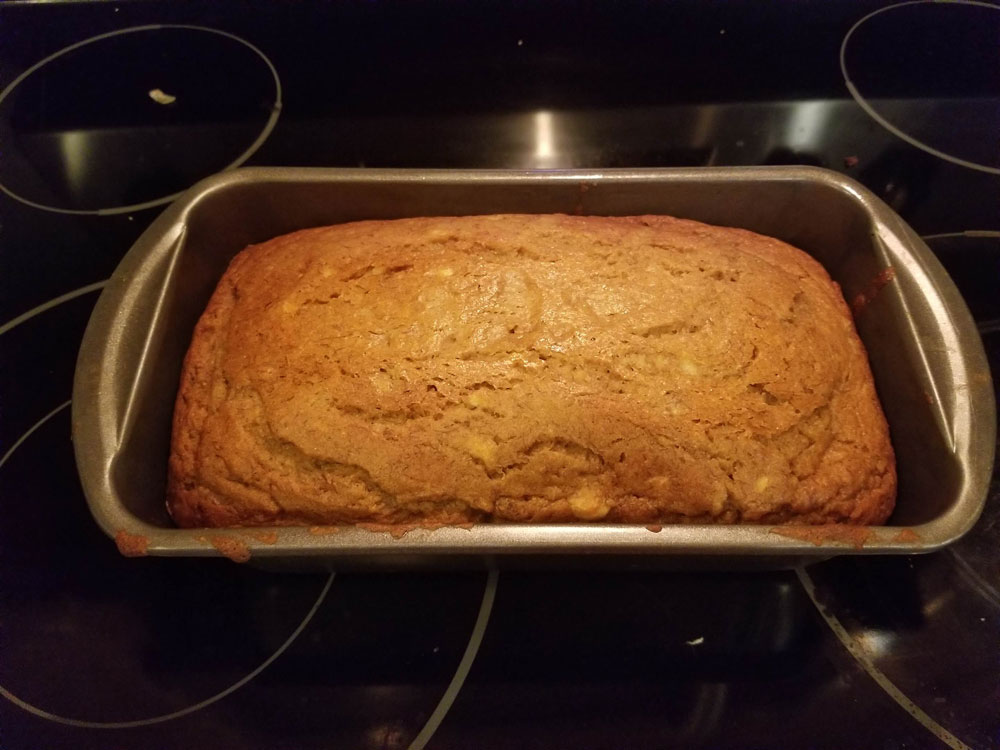 Easy: Banana bread
My son goes through sporadic phases where he eats bananas, so I end up with overripe ones which are perfect for making bread. I can’t believe how easy it is to make banana bread! I’ve made it twice so far and both times it exceeded my expectations. Of course this doesn’t need yeast.

Easy: Bagels
I’ve also made this super easy bagel recipe twice, once with sour cream and once with the Greek yogurt that it calls for. I don’t have sesame seeds or poppy seeds and just used salt on them. I love salt bagels so much! With the sour cream these ended up like biscuits, but were still tasty. With Greek yogurt they tasted exactly like bagels. I couldn’t believe how simple it is to make bagels at home. 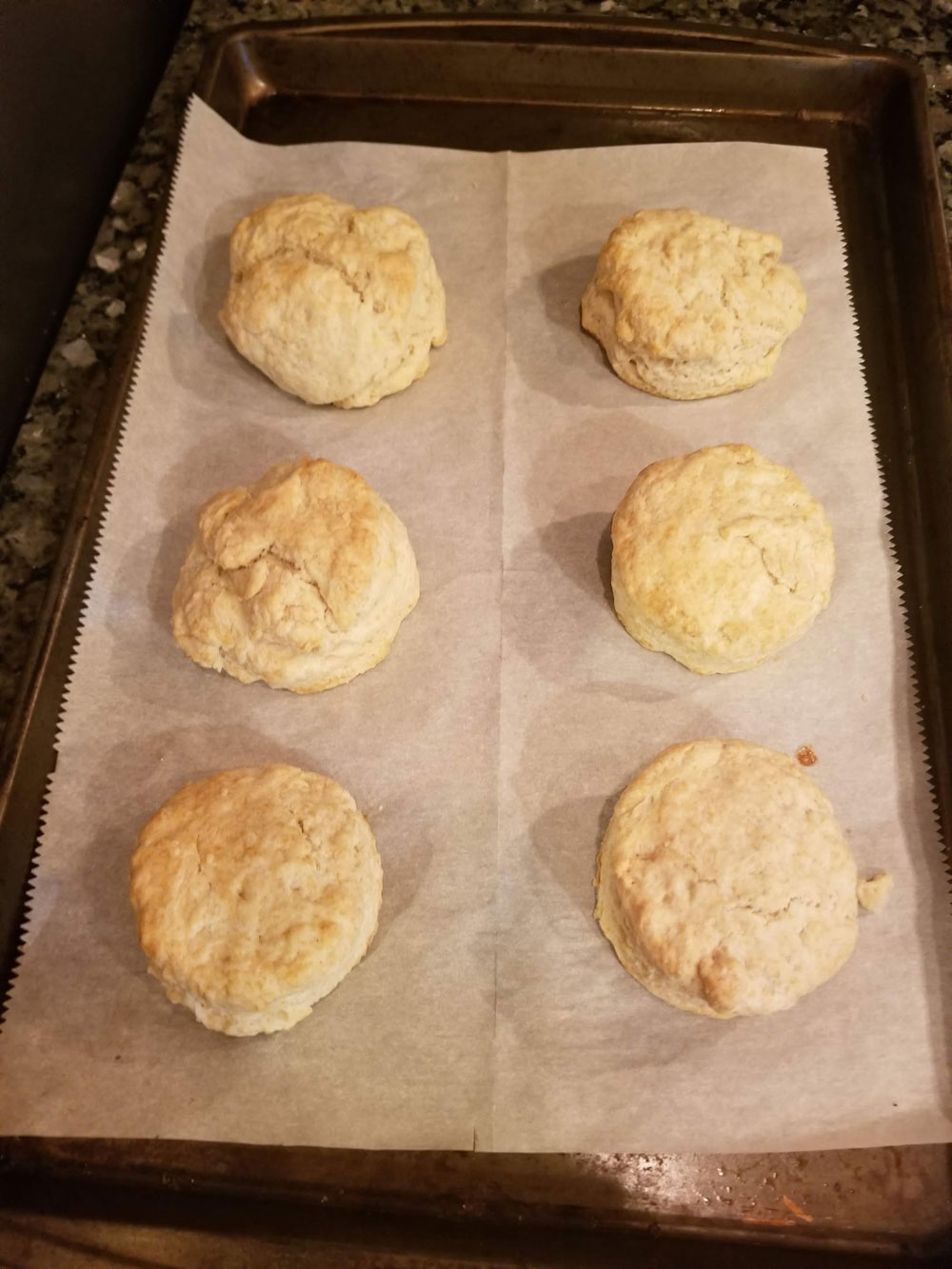 Medium: Biscuits from scratch
On Sunday I made biscuits and they were super flaky and tasty. I think the key is to put the butter in the freezer for 20 minutes so you can grate it more effectively. The only problem I had is that they didn’t turn out golden-looking and it was hard to know when to take them out of the oven. These were perfect though.

Medium: Carrot cake muffins
For Easter we made carrot cake muffins with cream cheese icing. They were delicious. The actual recipe wasn’t that difficult, but it was tough to shave all the carrots down. I ended up just using the food processor after realizing how much work it would be to use the grater. 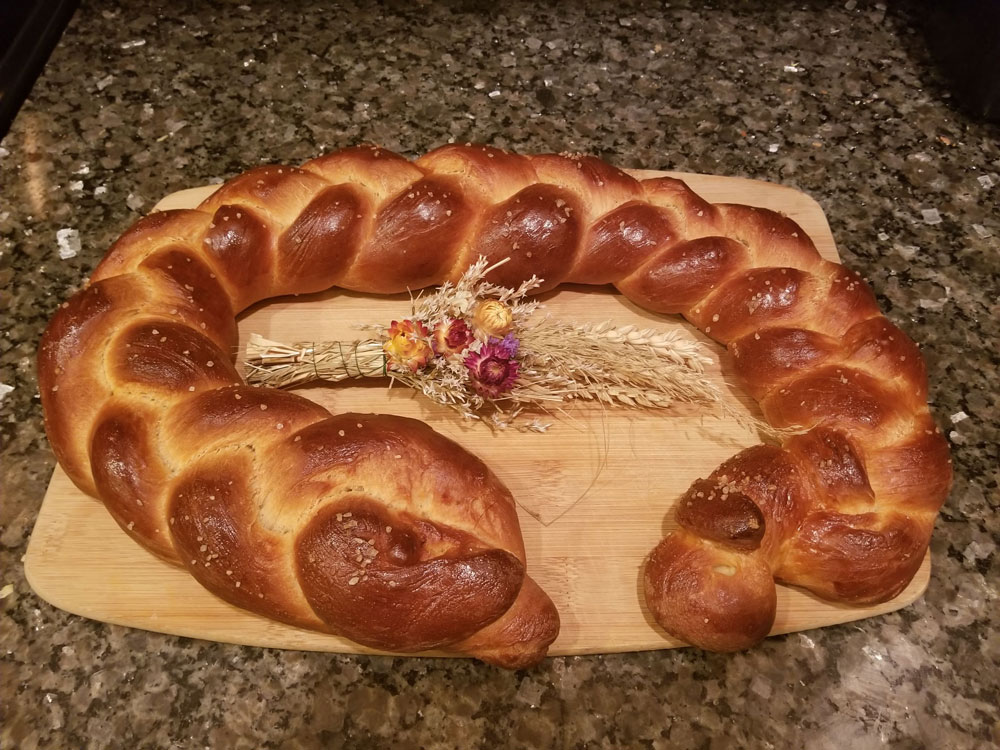 Hard: Challah bread
I’m classifying this as “hard” because it requires making bread into ropes and then braiding it. Plus it needed two phases of proving/rising. I got the idea from Hugh Jackman’s appearance on The Tonight Show. Hugh and Jimmy made challah together and it came out looking so amazing. They made it look easy but it was more of a pain than I thought it would be. We followed the recipe (my son has been helping me bake) and made the ropes too long, so the bread had to be made into a wreath-like shape. It came out looking so pretty but it was thinner than the recipe called for so it was a little overbaked and tough.

Hard: Gardenscape focaccia
I saw an article in the NY Times about the popularity of gardenscape focaccia and now I want to make it! You use little tomatoes, herbs and vegetables like asparagus to make flower-like shapes in the bread while it cooks. It can be tricky depending on the water content and thickness of the decorative veggies.

Medium-hard: Sourdough bread
I’ve never made sourdough bread, but I’ve been researching how to make the starter. The sourdough starter serves as an alternative to yeast, so this is a good option if you’d like bread but can’t find yeast anywhere. Here’s an article on how to make sourdough starter, it takes a few days and you have to pay attention to how it rises and falls over the day. Making the actual bread takes a bit longer than traditional bread as it needs more time to rise. I’m going to make this in the next couple of weeks.

Let me know if you have any good recipes to try! Also I’m putting my baking attempts on Twitter so please follow me if you want to see what I make next.

The challah before cooking: 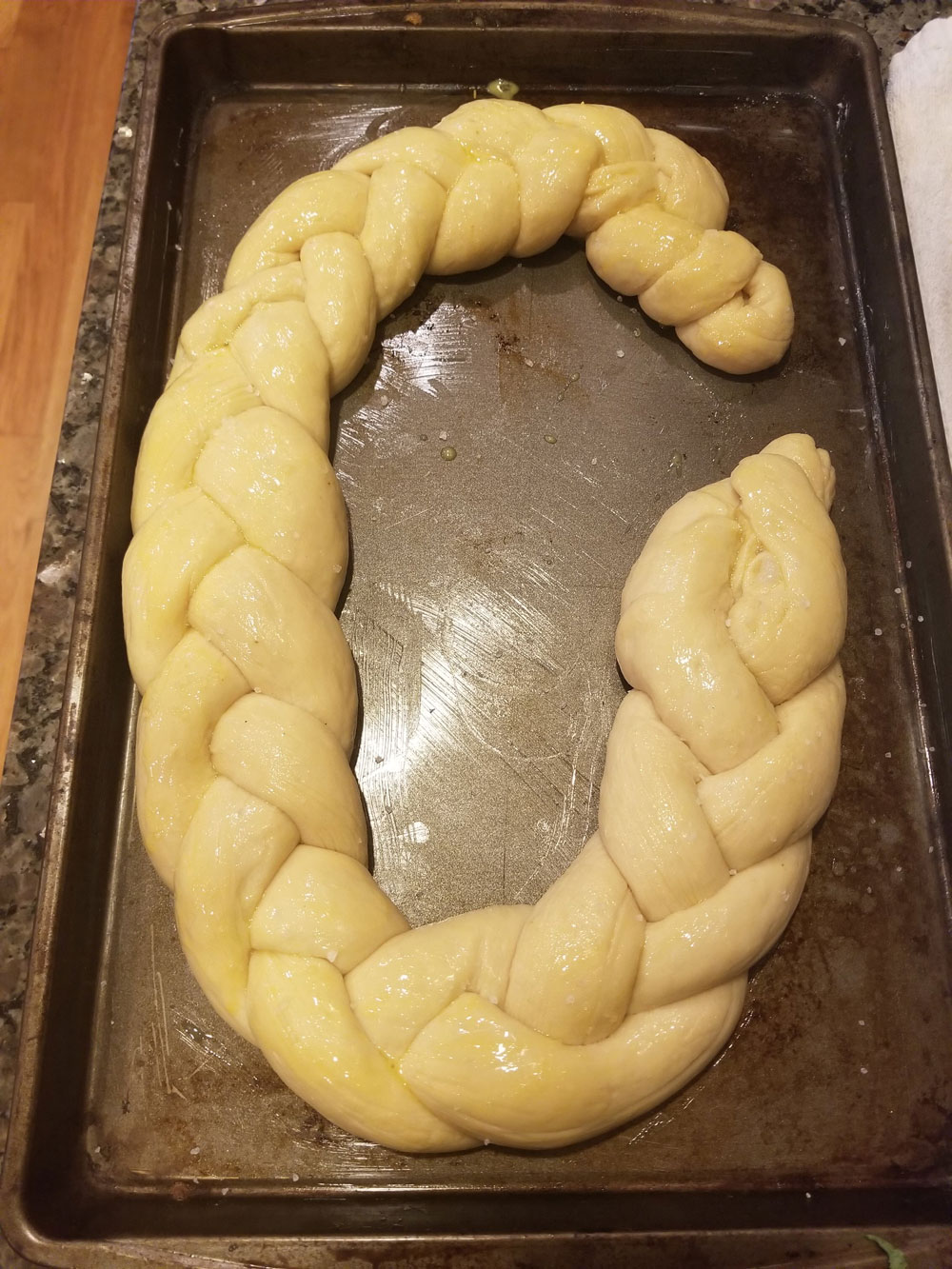 This post contains affiliate links. All products are ones I use. If you choose to buy one of these products through the link , I will get a small commission at no extra cost to you.