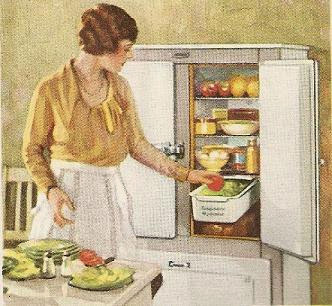 Each * represents an item from my fridge, freezer or pantry that has been sitting a wee bit too long.
Saturday:  I typically don't work on a Saturday but I worked a bit today and I figured  if I was in for a penny might as well be in for a pound.  I had to partially cook our lunch and I had figs* in the fridge from two weeks ago.  I mentioned that I do not like figs and you all gave me several ideas of ways to try them but I had yet to attempt one of those ideas.
I did tell the girl I'm buying produce bags from that I'd prefer not to have more figs and she obliged me but there I was still with figs from the previous week's bag ,and a vow that this year when food has sometimes been difficult to acquire, that I would not willfully waste a thing.   Tossing the asparagus last week still smarted a bit.  So I was determined to use those figs!
I'd read online that I might make a low sugar jam which appealed to me.  One reason why I don't care for figs is that they are already sweet with no acidity to temper that sweetness.  The recipe called for lemon, a 1:1 ration of sugar to fruit and about an hour of cook time.  I pureed the figs which were nicely ripe and added them to a small saucepan.  There were just 13 of them but it made about a 2/3 cup of paste so I added as much sugar and two capfuls of bottled lemon juice.  John and I tasted the mixture when it began to go glossy and thick and we both agreed it was pretty good.  I ended up with a half cup of jam which is now in the fridge.  I'll be sure to use it within the next week or two.
Our lunch today was Italian sausages* with onions and the green bell peppers I received in this week's bag of produce.  The sausages were leftover from supper one night this past week.
Sunday:  Noted last night that the three remaining peaches were at that perfectly ripe stage.  They don't last long once they are truly ripe.  When we came in from church today, I peeled them and made a peach cobbler to go with our noon meal.  For the first time this summer, we had ice cream to top our cobbler.
I shall try to buy peaches at least twice more in the two weeks ahead and after that, the season will be winding down or completely over.  Boo hoo!
Monday:  Made breakfast for us of homemade Corned Beef Hash, which used up the last of the Corned Beef* we had for supper one night last week and the last of the cooked potatoes* from the same dinner.  Honestly homemade beats the canned hash by yards and yards.  So good!
Cleaned the fridge today and reorganized it.  Noted that the Eggplant definitely needed to be used and very shortly.  So I sliced it and salted it and let it sweat for an hour, then rinsed and let it drain.  I will make Parmigiana  for our supper tonight.
I used the last of some dill pickles* on shredded Bbq Chicken* sandwiches for our lunch.  I have about 1/2 cup of the dill pickle juice left, but haven't yet determined how I shall use that.
Waste:  two yogurts bought for John's lunch which he didn't eat.  I failed to pay attention to the best by date on them and they were pretty far off that date.  I just don't feel comfortable eating something that is 2 months past the best date.  That's a loss...Note to self:  if John's not working he's not going to choose to eat yogurt.
Tuesday:  Took time to plan meals last night and so when I was digging in the freezer trying to inventory meat today, I found an item that can be used in one of this week's meals.  It's thawing now.  It's a container of beef cooking liquid* (it has vegetables among other things so not just broth) left from a meal this past Spring.  I think I can translate it into a stew...We'll see.
Knowing we'll be shopping this week for fresh groceries, I decided it was a good time to finish up the flour tortillas we have on hand.  We used four as wraps to go around our hot dogs today.  I rather liked that!
Wednesday:   The celery and mustard seed arrived today, so I hurried into the kitchen and gathered up my cucumbers, onion, tomatoes, jalapenos and seasonings.   It took me about three hours total, but I managed to can up a pint of salsa and a pint of pickle relish.
And that's pretty much the end of this week of gathering.  I meant to do more but the week went off on it's own course, and I just had to paddle and go along with it.
(C) Terri Cheney

This article contains affiliate links. All products are ones I like. If you choose to purchase one of these items through the URL , I will receive a small commission at no extra cost to you.