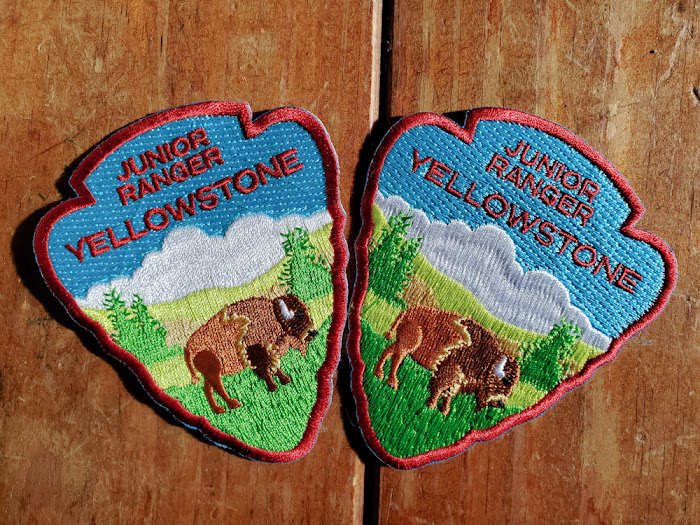 Our in-person explorations this summer were supposed to be the Western Caribbean with our Girl Scout troop, southern Alabama and Louisiana with our family, and several assorted camping trips and weekend adventures with just me and the girls.

And instead of real travel on a cruise ship with lots of friends, exploring Mayan architecture, taking young people to get soft serve and pizza at 3:00 am just because we can, the four of us are eating popsicles at home and I'm only up at 3:00 am every day because a mockingbird lives right outside my bedroom window.

Whatever. It is what it is.

It's been several years since we took our family trip to Yellowstone National Park, and so when Yellowstone kindly announced that it would allow children to earn its normally park-only Junior Ranger badge at home, I decided that it was the perfect chance to make our own fun and I turned it into a unit study.

Naked Science: Supervolcanoes is a terrific documentary about the Yellowstone supervolcano, although it scared the snot out of Syd and I have somehow managed to inform everyone that I have seen in person since we watched it (being that we watched it about 6 weeks ago, that number amounts to Matt, two socially-distanced friends, and the physical therapist helping me with my rotator cuff tendinitis) of exactly how long we in Indiana can expect to live after it erupts, and what we can expect to die of.
The documentary speaks quite a bit about calderas (there's a great Jurassic Park moment in which the scientists are frustrated because they know there *should* be a caldera at Yellowstone but they just can't find it, and then one of them is flying over the park in a helicopter and realizes that they haven't been able to see it because they've been IN it--it's that large!), and so this DIY caldera project makes a great hands-on activity to accompany it.

It's a shame that we're not really at Yellowstone, because these were the sights that I enjoyed most when I've gone! Here are a couple of decent virtual tours of various hydrothermal features at Yellowstone, and here's a fun little PBS documentary entitled Yellowstone and Their Steaming Acid Pools of Death:
It's an apropos title!
It's very easy to model hot springs and fumaroles, at least--here's a handy tutorial, as well as a list of hydrothermal features and good definitions for them. I had the kids memorize the types of hydrothermal features, but our modeling didn't go quite as well. The hot spring and fumarole were fine, of course, but my idea that perhaps the kids could engineer a way to DIY a stovetop geyser (got to practice those STEM skills, don't you know?), was unsuccessful: 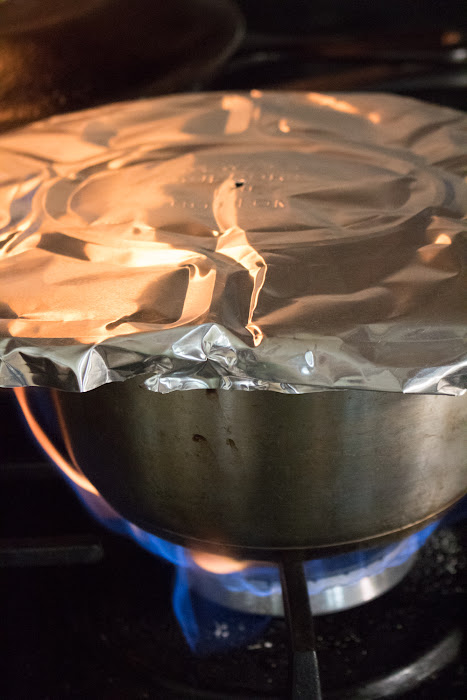 RECIPE FOR A GEYSER

The kids and I had a LOT of fun with this lesson. Geysers are a great subject for a YouTube rabbit trail!
We started off simply trying to find a YouTube video that had a model or demonstration of how a geyser works, but got interested in this video about Yellowstone's largest and just about most sporadic geyser, Steamboat:
This got us looking for other videos of Steamboat Geyser erupting, and we found this great video from a YouTuber named David Schwartz, with lots of angles and good captions:

It was such an interesting video that we checked out his profile to see if he had filmed any other geysers.

Clearly, someone who has filmed several geyser eruptions must be interesting, so we Google stalked him.

And that's how we learned the term GEYSER GAZER! That's what you call people who've made watching/studying geysers into a hobby!

You know what else we found while cyberstalking this random person?

He appeared on A Prairie Home Companion, in an episode that was recorded live at Yellowstone National Park for its anniversary!

Of COURSE we listened to this episode.

It was not great. The kids were beside themselves with how hokey and unfunny it was, in the many lulls I read out loud to them all about Garrison Keillor's history as a workplace sex criminal, and as if we didn't already loathe our listening experience enough, when it came time for David Schwartz's big moment, he got to speak approximately half a line, then Keillor cut him off, made a joke that felt like it was at least partially at his expense (I don't totally remember, and I am NOT going back to listen to it again), and then moved on to something else!

We were livid. Syd had to be talked down from violence. She loves David Schwartz the MOST, and did NOT appreciate some hokey sex criminal denying our favorite geyser gazer his public radio glory.

I did tell you that we make our own fun, right? Ahem.

Since the kids loved studying geysers so much, I gave them the assignment to draw one. They had to find a good geyser eruption video on YouTube, pause it at an appropriate point, and then create a piece of art showing their geyser mid-eruption, making sure to include elements of background and foreground, realistic or creative. And, of course, they had to credit the video's creator, because we don't deny people their glory in our homeschool! 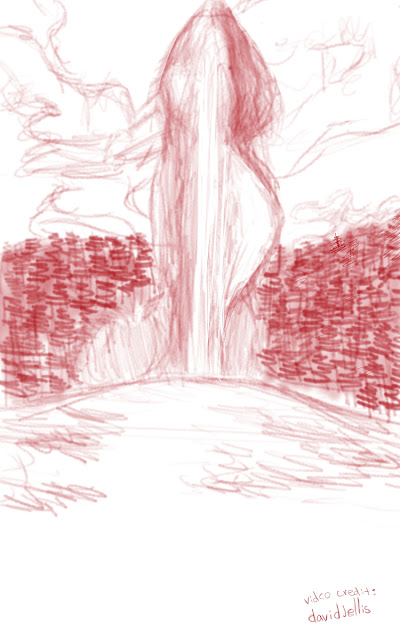 This lesson was a great place to add a little more academic rigor for my older students. Yellowstone has an absolutely terrific lesson on thermophiles, and learning about chemosynthesis means that you get a chance both to review photosynthesis AND compare it to a completely different metabolic process!
Will handled our photosynthesis model: 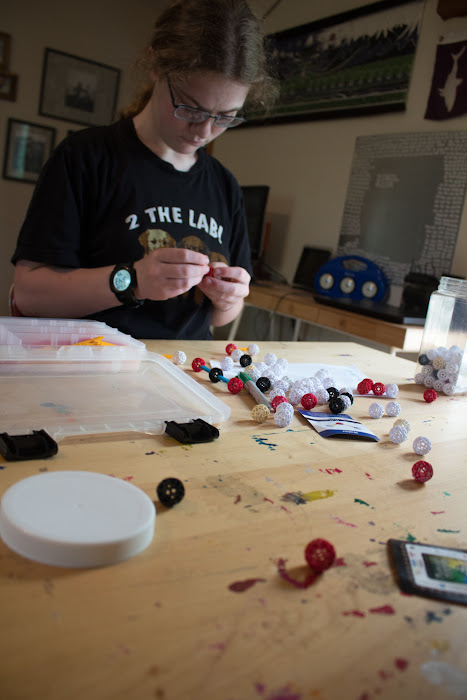 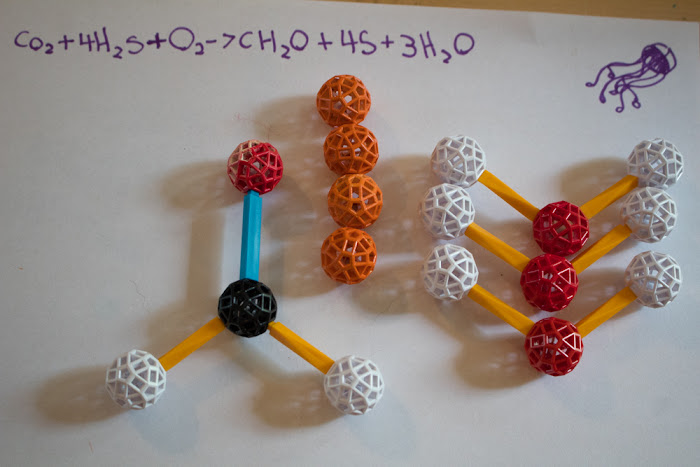 For a little bit more challenge, I had the kids research and label the possible name of each thermophile represented in the thermophile coloring page in their Junior Ranger books. Everybody likes to color!

The kids and I often watch the Geyser Basin webcam just for funsies, and trying to predict Old Faithful's next eruption is actually a super accessible activity using that webcam!
I had only intended our Yellowstone study to take up our afternoon project time for one week, and we spent soooooo long on geysers that we skimped quite a bit on the rest of the unit. Here's what we did:

Is your library opened back up again? Ours has curbside check-out of online holds! If/when your library is back in business, here are our favorite library resources on Yellowstone: